Sharon Gannon is a 21st century Renaissance woman who excels in many spiritual, artistic, and social mediums. She is a yoga teacher, animal rights advocate, musician, author, dancer and painter. coque iphone pas cher However, Sharon is best known for creating, along with David Life, the Jivamukti Yoga Method—a path to enlightenment through compassion for all beings and the Jivamuktea Café.

A student of Brahmananda Sarasvati, Swami Nirmalananda, and K. Pattabhi Jois, she is a pioneer in teaching yoga as spiritual activism and is credited for making yoga cool and hip—relating ancient teachings of yoga to the modern world. Sharon is a musician and is a featured vocalist on many CDs including Sharanam, which is her solo album. coque iphone 8 You can listen to her album Sharanam at White Swan Records. coque iphone xr

“When singing holy mantras, we enter into a safe place. Chanting, like a wise old tree in the middle of the forest, provides a haven, a refuge where we can enter our own hearts, taking shelter from the storms of our ego. When we emerge, strengthened, we can act in the world from a place of love and compassion, seeing all beings and things not as “coming at us” but as coming from us — phantoms arising from our own past actions. Through this kindheartedness, we perceive all as holy beings, each providing us with infinite opportunities to bestow the blessings of kindness and compassion. –Sharon Gannon

Sharon has produced numerous yoga-related DVDs and is the author of several books, including Jivamukti Yoga, The Art of Yoga, Cats and Dogs are People Too!, Yoga and Vegetarianism and her brand new release Simple Recipes for Joy: More than 200 Delicious Vegan Recipes. . Her writing has appeared in numerous publications, including Toward 2012, Arcana V: Music, Magic and Mysticism, What comes after Money, Semiotexte, Yoga Journal and Origin. Learn to make raw green soup with Sharon…

Sharon also writes a monthly essay called the Focus of the Month. She resides in a 125-acre wild forest sanctuary in upstate NY, USA About Jivamukti Yoga As a path to enlightenment through compassion for all beings, Jivamukti Yoga is grounded in the original meaning of the Sanskrit word asana as “seat, connection” – relationship to the Earth. Earth implies all of life. coque iphone 6 Citing Patanjali’s Yoga Sutra, which states that asana should be sthira and sukham, Jivamukti Yoga maintains that one’s relationship to others (asana) should be mutually beneficial and come from a consistent (sthira) place of joy and happiness (sukham). This is a radical idea that, when put into practice, can dismantle our present culture, which is based on the notion that the Earth and all other animals exist for our benefit and to be exploited for our own selfish purposes. So the practice of asana becomes more than mere physical exercise to keep one’s body fit or to increase strength or flexibility; it becomes a way to improve one’s relationship to all others and thus lead to enlightenment – the dissolution of the sense of separateness, the realization of the oneness of being, the discovery of lasting happiness. This core philosophy is expressed through five tenets which form the foundation of Jivamukti Yoga. soldes coque iphone Jivamukti teachers embody these tenets, so that they color all of his or her teachings, whether in Basic classes, Open classes, other classes, workshops, or even just interactions with others in the Jivamukti community. In classes other than Open classes, the teacher does not necessarily teach the five tenets explicitly or even state them out loud. coque iphone soldes In an Open class, however, the five tenets have a special role, because it is part of the teacher’s job to give the students an experience of all five tenets in each Open class, though again not necessarily by teaching them explicitly or even stating them out loud, but by allowing them to inform the class plan and teaching style. Each of the five tenets should be clearly identifiable in every Open class, even though the names of the tenets may not actually be spoken. By doing this, students learn not to see asana as separate from spiritual study or chanting or meditation, but rather to integrate all of the elements that make up Jivamukti Yoga into one unified practice. This provides for a well-rounded approach to our goal—enlightenment through compassion for all beings.

The purpose of San Francisco Zen Center is to make accessible and embody the wisdom and compassion of the Buddha as expressed in the Soto Zen tradition established by Dogen Zenji in 13th-century Japan and conveyed to us by Suzuki Roshi and other Buddhist teachers. Our practice flows from the insight that all beings are Buddha, and that sitting in meditation is itself the realization of Buddha nature, or enlightenment.

Tashi has been an astrologer since she was a teenager, and has read over 10,000 charts. She has clients on four continents, and has lectured and taught Astrology in the US, Asia, Australia, New Zealand and Canada. She currently lives in the City of Angeles, Los Angeles, where she works full time as a professional evolutionary Astrologer.

Tashi was born seeing and speaking to Angels, who to this day assist her in tuning into higher dimensional planes of reality, where we co create our futures with the source/force/God/Goddess. Tashi’s greatest joy is to help her clients understand how their intention is the creator of their reality, and how the Cosmos, Mother Nature and the Clocks of the Universe – read by her practice of Evolutionary Astrology – reveal our archetypal interdependence with all that is. 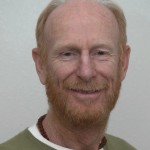 Martyn Williams is an internationally known explorer and teacher of enlightenment sciences. He is the first person in the world to lead expeditions to the three extremes, Everest, the North and South Poles. He has created international youth empowerment projects that involved 60 million youth.