Fully Present: The Science, Art and Practice of Mindfulness by Sue Smalley, PhD and Diana Winston Mindfulness — the art of paying attention with an open and curious mind to present-moment experiences—has attracted ever-growing interest and tens of thousands of practitioners, who have come to the discipline from both within and outside the Buddhist tradition. coque iphone pas cher In Fully Present, leading mindfulness researchers and educators Dr. coque iphone Sue Smalley and Diana Winston provide an all-in-one guide for anyone interested in bringing mindfulness to daily life as a means of enhancing well-being. Fully Present provides both a scientific explanation for how mindfulness positively and powerfully affects the brain and the body as well as practical guidance to develop both a practice and mindfulness in daily living, not only through meditation but also during daily experiences, such as waiting in line at the supermarket, exercising, or facing difficult news.

About Sue Smalley, PhD Susan L. Smalley, Ph.D., Founder & Founding Director, MARC Professor Emeritus, Department of Psychiatry and Biobehavioral Sciences, UCLA Semel Institute Dr. coque iphone x Smalley’s scientific career as a behavior geneticist included seminal studies on the genetics of Attention Deficit Hyperactivity, Disorder, Autism Spectrum Disorder, and the cognitive and emotional impact of mindfulness meditation on health and wellbeing. She authored over 100 scientific publications and lectured globally on the genetics of human behavior and the science of mindfulness. In 2004, she founded MARC at UCLA to investigate and spread self-awareness practices, like mindfulness meditation, to the general public through education and research. She shares her commitment to equality of all human beings through global work for women and girls in education, advocacy, and the law. She serves on the board of Equality Now, an international human rights organization focused on women and girls, and Gordon and Sarah Brown’s High Level Panel on Education. In 2010 she co-founded an organization to bring basic literacy to adults in underserved populations using mobile phones. coque iphone 8 She writes for online communities at the Huffingtonpost and Psychologytoday on a range of topics including gender equality, mindfulness, kindness, and well-being. She and co-author, Diana Winston, published Fully Present: The Science, Art and Practice of Mindfulness (2009) to elucidate both the scientific support for mindfulness and how to practice its cultivation. coque iphone 2019 pas cher About Diana Winston Diana Winston is the Director of Mindfulness Education at UCLA’s Mindful Awareness Research Center. MARC is at the Semel Institute for Neuroscience and Human Behavior and is one of the nation’s leading university based mindfulness centers. offers classes, programs, trainings and events in health care, educational, business, and other settings and throughout UCLA. MARC’s mission is to foster mindful awareness across the lifespan through education and research to promote well-being and a more compassionate society. coque iphone In addition to being the co-author of Fully Present, she is the author of Wide Awake: A Buddhist Guide for Teens and the CD “Mindful Meditations”.

Sarah Powers began teaching in 1987. She is the founder and author of Insight Yoga, which interweaves the insights and practices of Yoga, Buddhism, Taoism, and Transpersonal Psychology into an integral practice to discover and enliven the body, heart and mind. Her yoga style blends both a Yin sequence of floor poses to enhance the meridian and organ systems, combined with an alignment-based slow flow or Yang practice, influenced by Viniyoga, Ashtanga, Iyengar teachings, and QIgong. Sarah feels that enlivening the physical and pranic bodies, as well as learning to meet our psychological reactivity is paramount for preparing one to deepen and nourish insights into one’s essential nature–a natural state of awareness. She draws from her studies in Transpersonal Psychology, as well as her in-depth training in the Vipassana, Tantric and Dzogchen practices of Buddhism. Her main influences have been Tsoknyi Rinpoche, Jennifer Welwood, Lama Tsultrim Allione, Bhante Gunaratana, Lama Pema Dorje, Stephen and Martine Batchelor and B. Alan Wallace. Sarah teaches trainings and silent retreats with her husband Ty. They live in Manhattan with their daughter Imani. Sarah’s book is called Insight Yoga: Integrating Yin/Yang Yoga and Buddhist Meditation. 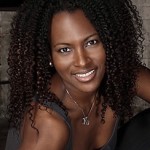 Meet Faith Hunter, Yoga teacher & Lifestylelist, sprinkled with a dash of Louisiana charm. Faith began her life long love affair with yoga in the early 90s as a way to cope as her beloved brother Michael was dying from a complication related to AIDS. Through meditation and mindfulness Faith was able to release her fears and experience an awakening from within. From that day forward, she committed herself to sharing these practices with the world.

Insight LA offers courses, retreats and workshops on mindfulness and comparison to people everywhere. Buddhist wisdom is at the core of the teaching and Trudy Goodman is the founding teacher. Classes and sitting groups are offered weekly throughout the year and in great variety. Affordable rates (sliding scale) and diverse offerings are a few of the wonderful aspects of this organization Daniel Stewart is the co-owner of rising Lotus yoga. He teaches a powerful yet playful hatha yoga class integrating music, meditation and even depth psychology (he is also a trained psychotherapist). He also shares his joy of music leading a monthy drop-in Kirtan and playing sacred music. The studio is clean, spacious and inviting and his classes should not be missed.

In our daily manifestation we are constantly in the presence of energies, but we take them for granted. We never question how it is that we can raise a finger, use a typewriter, or play a musical instrument. We see nothing mysterious about taking a walk, talking with our friends, or performing various arduous tasks in the name of health. The mystery behind the commonplace is something we do not understand but use constantly with little inquiry into our own nature. We have never questioned the process by which we are alive because we more or less take for granted that the questions cannot be answered and that whatever lies behind us is a mystery. Science has never undertaken to explore it. Philosophy has never been able to create a completely comprehensible exposition of principles, and religion deals in such abstract vagaries that we are not sure what part is true and what part is imaginary. But some have questioned and from the questioning developed various concepts by means of which it might be possible for us to explore this unknown world of causes.

Man specializes with his own mind, and whatever most occupies his mind is most supported by his resources. Persons interested in making a living devote their energies to this task, only occasionally taking time for meditation or reflection. It would seem, therefore, that there must be a motion, a process within our own thinking through which we can create the instrument for self-exploration. There must be some way of turning the mind from external addictions to the examination of internals. Most persons have never attempted to do this, and most do not even believe it possible. But there must be some way to use our faculties to discover ourselves, rather than using them constantly to buildup our store of knowledge about externals which, in the last analysis, are of very little basic importance to ourselves. To be given the equipment that we possess, only to use it for a few years, and then have both ourselves and our equipment fade away, seems to be contrary to the economy of nature. It would appear more reasonable that we have not yet attained to that degree of evolution which will enable us to develop the faculties of self-examination. They must lurk somewhere in our extrasensory perception band, and if we cannot find them, we will never know ourselves nor actually experience our true place in the universe or in the universal plan for ourselves.

It was first assumed that before we before we could penetrate the illusion of matter, we had to turn our attention away from matter, that to free our inner equipment for its apperceptive function, we had to relieve it of the burden of its continuous perceptive function, for every sensory perception that we possess is held in fascination in the world of phenomena. It is not so likely that we will be able to disentangle our functional resources and turn them in another direction. In order to explore causes, we must break the tie which forces us to continually use our energies as an outflowing toward externals. This is accomplished through a series of experiences in which we come to understand by degrees the unity of this life principle in ourselves. To the degree we understand life, we participate in it, and we are closer to enlightenment when we are tied to reality by bonds of intense sympathy. If our dedications are towards enlightenment, we have a greater probability of attaining it than when our dedications are turned to other things and enlightenment is merely an avocational interest.

To attempt this it is necessary to reverse the involutionary process which ties energy to matter, and set up an evolutionary process within ourselves. Involution is the breaking up of one life into many manifestations. Evolution is the restoration of unity, the bringing back of diversity until oneness is re-established. Illusion is diversity. Reality is unity. To quiet down the experiences of diversity, to gradually bring separate things together, to search for unities where we have accepted diversities, to seek forever the one in the many and to discover finally the one behind the many – these are the labors of spiritual evolution. We begin symbolically by seeking the common ground of things and, in so doing, overcome forever the antagonisms and the conflicts which arise from our inability to perceive the identities of life.

~Excerpted from Manly P Hall Lecture #193 – “The Mystical Experience Union with The External Self.