This story connects the lives of four people in a quest for life’s deeper meaning. coque iphone With the help of a modern Medicine Man and Shaman, coque iphone xr the artist searches for the spirit of his departed famous father among the living in the healing red rock country of Sedona, Arizona. soldes coque iphone This critically acclaimed documentary is a story of grief and transcendence, coque iphone filled with music, coque iphone pas cher art, coque iphone 8 beauty, coque iphone 8 and Native American wisdom-moving tribute to our loved ones who’ve gone by.

Saul David Raye is an internationally acclaimed teacher and spiritual activist. Saul has an authentic, heart-centered approach to teaching – whether it is yoga, healing or Thai massage. And as if that isn’t enough, his talent as a musician is always apparent throughout the year and in great variety.

Daniel Stewart is the co-owner of rising lotus yoga. He teaches a powerful yet playful hatha yoga class integrating music, meditation and even depth psychology (he is also a trained psychotherapist). He also shares his joy of music leading a monthly drop-in kirtan and playing sacred music. The studio is clean, spacious and inviting and his classes should not be missed 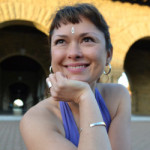 Jivamukti and Yin Yoga – An Advanced Certified Jivamukti Yoga teacher and E-RYT 500, Giselle’s introduction to yoga in the early 90’s was a natural progression from her gymnastics/dance background, her passion for music and being raised by a bohemian flamenco dancer; all of which have influenced her style and approach to teaching and life.

Described as “spunky” by her teacher Sharon Gannon, Giselle is known for her dynamic classes that have a down to earth approach to the practice of yoga. Her classes infuse funky eclectic music, Sanskrit chanting, skillful and intuitive hands-on assists, an insightful topic for mind, body and spirit and an asana practice that will light your fire and send you home glowing. This experience invites the student to investigate perceived limitations with an open heart and humor to facilitate the allowing of “what is”. Studied in Yin yoga as well, she appreciates the potency of this practice and enjoys coalescing these two powerful methods to create a visceral balance positively influencing how we see ourselves, and the world.

Ever a student, Giselle continues to study under the direct guidance of her guru’s Sharon Gannon and David Life. She assisted them throughout the western U.S. for almost 5 years  and has had the honor to serve on the Jivamukti Yoga Teacher Training faculty as a mentor in 2012 & 2014. She is eternally grateful to Sharonji and Davidji for their mentorship, generosity, teachings, and love. She is also grateful to her Sanskrit teacher Manorama for taking her deeper into the language and philosophy of Yoga. Her other teachers that continue to inspire and guide her are Sarah Powers, Paul Grilley, Aadil Palkhivala, Duncan Wong and Jai Uttal.

Based in the San Francisco Bay Area, Giselle also presents at yoga studios, conferences and festivals around the world. She’s also been on the cover of Yoga Journal and Yoga International Magazine as well as appearing in many of their articles. She’s also featured in Kathryn Budig’s book “Women’s Health: The Big Book of Yoga”. She’s an ambassador for Gaiam, a columnist for Origin Magazine, serves on the advisory committee for The Art of Yoga Project and is a teacher on YogaGlo. When not teaching, she loves being with her amazing husband, daughter, and four dogs all of who are her biggest inspirations and support.

Sean is a proud native of New Orleans. He has been teaching yoga in New Orleans since 1999 and opened Wild Lotus in 2002. He shares an integrative teaching style that weaves the emotional power of bhakti yoga with the sensuality of hatha yoga to free the spirit and bring more love, creativity, and depth to our lives. His classes focus on opening the heart through creative vinyasa flows, chanting, storytelling, mythology, poetry, and enchanting music.

Sean was named one of New Orleans’ outstanding achievers in Gambit Weekly’s 40 Under 40. He is the first Louisiana-based yoga teacher to teach at Yoga Journal’s Conferences and also teaches at other yoga conferences and festivals internationally.

Sean and The Wild Lotus Band are celebrated as one of the guiding voices in Western kirtan music, and tour internationally. To find out more about their music visit SeanJohnsonAndTheWildLotusBand.com. He is also the co-curator of Putumayo Yoga World Music’s yoga releases and a contributing writer to Yoga Journal.

“My intention is for Wild Lotus to be a warm and welcoming place where you can come and reconnect with the authenticity, wisdom and creativity of your own soul.”

Insight LA offers courses, retreats and workshops on mindfulness and comparison to people everywhere. Buddhist wisdom is at the core of the teaching and Trudy Goodman is the founding teacher. Classes and sitting groups are offered weekly throughout the year and in great variety. Affordable rates (sliding scale) and diverse offerings are a few of the wonderful aspects of this organization Daniel Stewart is the co-owner of rising Lotus yoga. He teaches a powerful yet playful hatha yoga class integrating music, meditation and even depth psychology (he is also a trained psychotherapist). He also shares his joy of music leading a monthy drop-in Kirtan and playing sacred music. The studio is clean, spacious and inviting and his classes should not be missed.