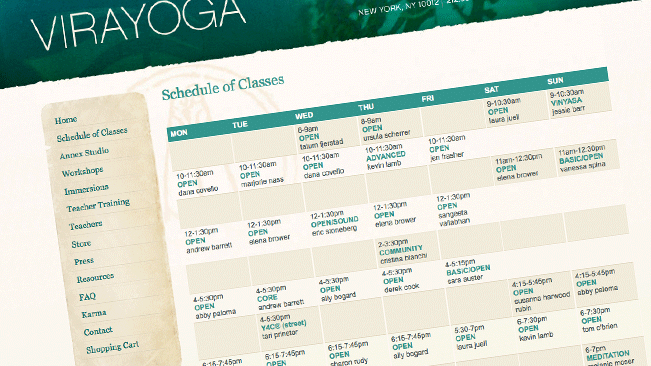 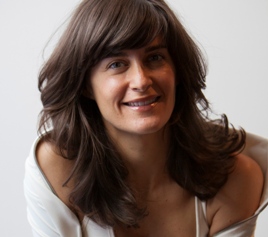 Mama, founder and co-owner of VIRAYOGA, and co-author of Art of Attention, Elena has taught yoga for 16+ years. After graduating from Cornell University in 1992 with a design degree, she worked as a textile and apparel designer for 6 years, and has studied with master yoga teachers for over 10 years. Through her teaching, influenced by several traditions including alignment-based Hatha and Kundalini yoga, Elena offers yoga as a way to approach our world with realistic reverence and gratitude. Her classes are a masterful, candid blend of artful alignment and attention cues for your body, mind and heart.

From the Museum of Modern Art to the Great Lawn at Central Park, from the playa at Burning Man to the Eiffel Tower, Elena is honoured to offer larger-scale experiences of yoga, but her true service is in shifting awareness within the smallest interactions; one family, one household at a time. As a coach with the Handel Group, she coaches individuals and teaches courses, and she’s been featured in the New York Times, Yoga Journal, Element Yoga for Beginners DVDs, ABC News and NBC News. Dozens of yoga practices with Elena can be found on Yogaglo.

As the Executive Producer of On Meditation, she is curating a project about the relevance of meditation and its benefits. The first limited-edition printing of her first book, Art of Attention, co-authored with Erica Jago, was released in December 2012 and sold out within a few weeks; Art of Attention’s second edition was released in March 2013.

Along with her own writings, Elena contributes to Yoga Journal, Yoga International, Huffington Post, CrazySexyLife, Positively Positive, The Chalkboard Mag, TheDailyLove, and Elephant Journal, and is an original board member of YogaEarth. Elena is also a Beauty Ecologist with Pangea Organics, part of the movement to bring organic, all-natural beauty care products to millions of households worldwide.