Belgium to Crush Ivory in Response to Global Elephant Crisis The threat to elephants continues to be dire. coque iphone pas cher Every fifteen minutes, another elephant is poached for their tusks. soldes coque iphone The stakes to end poaching and cut off the supply of ivory is of critical importance to the welfare of the world’s remaining elephants. coque iphone On Monday, March 3, 2014, Belgium announced they intended to crush their entire stockpile of ivory. coque iphone xr The ivory will be destroyed in a ceremony on April 9th in the presence of dignitaries from elephant range states and in collaboration with The International Fund for Animal Welfare (IFAW). coque iphone Watch the video below to learn more about the pressing need to raise awareness for the plight of elephants.

The film “Last Hours” describes a science-based climate scenario where a tipping point to runaway climate change is triggered by massive releases of frozen methane. coque iphone 6 Methane, a powerful greenhouse gas, has already started to percolate into the open seas and atmosphere from methane hydrate deposits beneath melting arctic ice, from the warming northern-hemisphere tundra, and from worldwide continental-shelf undersea methane pools. coque iphone Burning fossil fuels release carbon that, principally through greenhouse effect, heat the atmosphere and the seas. vente de coque iphone This is happening most rapidly at the polar extremes, and this heating has already begun the process of releasing methane. coque iphone 8 If we do not begin to significantly curtail the use of carbon-based fossil fuels, this freed methane threatens to radically accelerate the speed of global warming, potentially producing a disaster beyond the ability of the human species to adapt. With this film, we hope to awaken people to the fact that the earth has experienced five major extinctions in the deep geologic past – times when more than half of all life on earth vanished – and that we are now entering a sixth extinction. Industrial civilization with its production of greenhouse gases has the potential to trigger a mass extinction on the order of those seen in the deep geological past. In the extreme, it could threaten not just human civilization, but the very existence of human life on this planet. coque iphone 6 An asset for the climate change movement, “Last Hours” will be disseminated globally to help inform society about the dangers associated with climate change and to encourage the world community to chart a path forward that greatly reduces green house gas emissions. We encourage you to explore this website and the highlighted actions you can take to address climate change. We look forward to bringing you additional films about the challenges we face and the solutions that exist over the next few years, in the lead up to COP21, the 2015 UN Conference on Climate Change in Paris.

The entire video was shot in 4K, with the Canon 1DC. vente de coque iphone This trip was made possible by my friends tour agency! Book the same experience down below that I had! My friends at Dick Jensen and Alan McKay tours arranged this whole trip! We got to go to Machuu Pichuu, all over Peru, the Amazon Rain Forest, and we finished the trip off in Panama! It was one of the best experiences I’ve ever had. coque iphone xr You can book the same trip in the link above for June. coque iphone This video is one of several that we shot in Peru, the rest of them will be coming out in the next couple of months. coque iphone xs max Music by the amazing Elton Luz http://eltonluz.wix.com/music Elton’s music is amazing! So make sure to check out more of his stuff in the link above! The smooth shots were done with a Glidecam HD-4000. You can check out the exact model on their official website here where you can also buy them. coque iphone 8 I’ve been shooting with there glidecams for the last 9 years, and love them.

On the 40th anniversary of the famous ‘Blue Marble’ photograph taken of Earth from space, Planetary Collective presents a short film documenting astronauts’ life-changing stories of seeing the Earth from the outside – a perspective-altering experience often described as the Overview Effect. coque iphone

OVERVIEW from Planetary Collective on Vimeo.

The Overview Effect, first described by author Frank White in 1987, is an experience that transforms astronauts’ perspective of the planet and mankind’s place upon it. coque iphone 2019 Common features of the experience are a feeling of awe for the planet, a profound understanding of the interconnection of all life, and a renewed sense of responsibility for taking care of the environment. coque iphone ‘Overview’ is a short film that explores this phenomenon through interviews with five astronauts who have experienced the Overview Effect. coque iphone pas cher The film also features insights from commentators and thinkers on the wider implications and importance of this understanding for society, and our relationship to the environment. coque iphone en ligne CAST • EDGAR MITCHELL – Apollo 14 astronaut and founder of the Institute of Noetic Sciences • RON GARAN – ISS astronaut and founder of humanitarian organization Fragile Oasis • NICOLE STOTT – Shuttle and ISS astronaut and member of Fragile Oasis • JEFF HOFFMAN – Shuttle astronaut and senior lecturer at MIT • SHANE KIMBROUGH – Shuttle/ISS astronaut and Lieutenant Colonel in the US Army • FRANK WHITE – space theorist and author of the book ‘The Overview Effect’ • DAVID LOY- philosopher and author • DAVID BEAVER – philosopher and co-founder of The Overview Institute ———- CREW Producer: STEVE KENNEDY Director: GUY REID Editor: STEVE KENNEDY Director of Photography: CHRISTOPHER FERSTAD Original Score: HUMAN SUITS Dubbing Mixer: PATCH MORRISON ———- TECHNICAL INFORMATION Filmed with Canon 5D Mk ii. 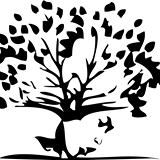 Our mission is to inspire global participation in the restoration of our precious soils.
BY INCREASING THE HUMUS LAYER ON ARABLE (farmable) LAND BY ONLY 1% IN THE US, WE CAN BECOME CARBON NEUTRAL. BY INCREASING THE HUMUS LAYER BY 1.5% ON ARABLE LAND GLOBALLY, WE CAN BRING CO2 LEVELS IN THE ATMOSPHERE BACK BELOW 350 PPM. (We are now at 400 ppm.) WE CAN DO IT! WE CAN PUT IT BACK!
Education: CARBON: Two-thirds of our humus layer has disappeared. Through conventional agriculture, the carbon which bound this humus is now in our atmosphere as CO2 (476 gigatonnes of CO2). WATER: Rebuilding humus means more water is absorbed into the soil and less escapes as runoff. Soil humus holds its weight in water. To create humus, start composting and inoculating your plants and lawns with Mycorrhizal Fungi (the principle humus maker). In a nutshell, humus makes the ground like a sponge rather then concrete. When water is held in the ground by the soil, everything benefits. MINERAL DEPLETION: Humus holds minerals and serves as a carbon filter in the soil. The loss of humus has caused soil minerals to leach and unfiltered contaminants to increase. For 10 decades, extractive agriculture has used more chemicals every year. These chemicals are poisoning us. Loss of humus is directly linked to an 80% decline of nutrients in our food. coque iphone 7 PARTICIPATION: 6 Ways You Can Help! 1. coque iphone Compost Compost Compost! Start composting your yard clippings and food scraps! Each bit of nutrients is worth $ and needs to be returned to where it came from. Compost has been shown to suppress plant diseases and pests, reduce or eliminate the need for chemical fertilizers, and promote higher yields of crops. It also jump starts the life of soil, allowing for the growth of the fungus and bacteriathat are essential for storing carbon, water, and nutrients. 2. Apply Mycorrhizal Fungi to your home garden or yard. By “inoculating” your garden and yard with Mycorrhizal Fungi you are actively sequestering carbon into the ground. coque iphone pas cher Mycorrhizal Fungi are responsible for 60% of the carbon stored in the soil and are the primary builders of humus. coque iphone 6 We have killed 90% of them with chemical herbicides, fungicides and pesticides. We need to bring them back so we can restore carbon into the ground where it belongs! 3. Grow your own garden. It is the best wellness tool. You want health? Grow it yourself! You will be amazed at the miracle of growing your own food. “Growing food is like printing your own money.” – Ron Finley 4. Support farmers who are employing the practices of composting, humus-building and nutrition farming. Organic is important but many organic farmers are not “rebuilding” the soil, rather they just stopped using chemicals and pesticides. Without adding compost, mycorrhizal fungi, and minerals, to the soil, organic farming can also decrease the humus layer. Ask your local farmers if they use compost and mycorrhizal fungi or “Nutrition Farming” methods. 5. Tell your representatives to write legislation that supports city/municipal composting and humus growing efforts. soldes coque iphone 97% of food scraps and yard clippings end up in the landfill!! Let them know that we can no longer let valuable organic matter be thrown away into landfills to become methane. soldes coque iphone Many cities no longer want to pay to throw away organic material. Composting turns your “Trash” into “Black Gold” (compost.). That improves municipal finances because compost can be sold to farmers. Compost created by your kitchen and green waste is worth SOOO much more than paying to throw it away. coque iphone 8 6. Share The SOIL STORY!! By sharing the story you will will inspire others. It might be your sharing that does the most. We never know when the tipping point will be reached or if we were the ones who pushed it at the right time.

When wolves were reintroduced to Yellowstone National Park in the United States after being absent nearly 70 years, the most remarkable “trophic cascade” occurred. What is a trophic cascade and how exactly do wolves change rivers? George Monbiot explains in this movie remix.

Visit http://sustainableman.org/ to explore the world of sustainability.
For more from George Monbiot, visit http://www.monbiot.com/

“When we try to pick out anything by itself, we find it hitched to everything else in the Universe.” – John Muir

For any concerns or questions, you may contact us athttp://sustainableman.org/contact/