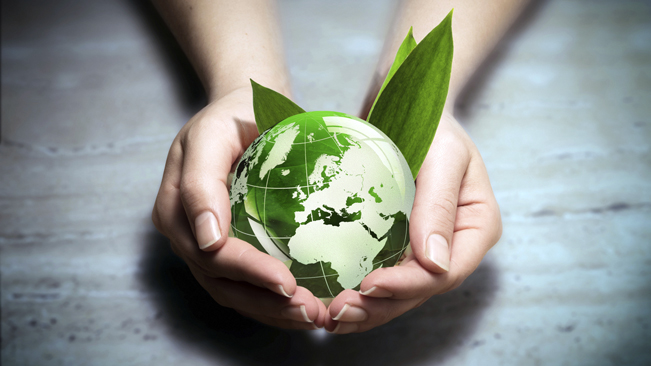 Calling All Pagans: Your Mother Earth Needs You by Robert C. Koehler Sadly, writes Koehler, we’re far more prepared to go to war than we are to make peace with the planet. Somewhere between these two quotes lies the future: “And I would like to emphasize that nobody on this planet is going to be untouched by the impacts of climate change.” “The Judeo-Christian worldview is that man is at the center of the universe; nature was therefore created for man. Nature has no intrinsic worth other than man’s appreciation and moral use of it.” The first quote is from Rajendra Pachauri, chairman of the United Nations Intergovernmental Panel on Climate Change, summing up the dire and much-discussed findings of its recent report: Human civilization — its technology, its war games, its helpless short-sightedness and addiction to fossil fuels — is wrecking the environment that sustains all life. Time is running out on our ability to make changes; and the world’s, uh, “leadership” — political, corporate — has shown little will to step beyond more of the same, to figure out how we can reduce carbon emissions and live in eco-harmony, with a sense of responsibility for the future. “But maybe we can start learning, at long last, that we are not the masters of the universe and that “dominion” and exploitation are immature expressions of power.” The second quote is from radio talk-show host Dennis Prager, writing recently in the National Review Online. soldes coque iphone He goes on, in his remarkable rant against environmentalism, to point out that “worship of nature was the pagan worldview” and “for the Left, the earth has supplanted patriotism.” Eventually he compares environmentalism to loving wild dogs more than mauled children. Prager’s diatribe isn’t my normal reading matter and I only bring it up here because I think it has relevance to the leadership void I’ve been pondering. The contemptuous dismissal of nature as lacking intrinsic worth — an unworthy competitor with God for human allegiance — may no longer have mainstream credibility, but, like racism, it’s part of the mindset that has shaped Western civilization. “And God said, Let us make man in our image, after our likeness: and let them have dominion over the fish of the sea, and over the fowl of the air, and over the cattle, and over all the earth, and over every creeping thing that creepeth upon the earth.” We’re still caught up in the momentum of dominion. Thus: “. . . for all the alarming warnings generated by the scientific community and confirmed by the IPCC’s comprehensive analysis of that science,” according to a recent Common Dreams article, “world governments and the powerful private sector have done next to nothing to meet the challenge now before humanity.” Indeed, as Elizabeth Kolbert points out in The New Yorker: “Currently, instead of discouraging fossil-fuel use, the U.S. coque iphone pas cher government underwrites it, with tax incentives for producers worth about four billion dollars a year.” We’ve got, as the IPCC report states, “a 15-year window” to start making serious changes in how we structure our world. coque iphone 7 Human society will need, the Common Dreams piece says, to “revolutionize the structures of its economies, food systems, and energy grids.” This is not going to happen — not at current levels of awareness, concern and empowerment. This is the dawning realization I find myself less and less able to live with. Climate change and global weather chaos — droughts and fires, tsunamis and tidal waves, crop failure, undrinkable water, devastating cold, rising oceans, new levels of social turmoil — are the future we are unable to hold off. But maybe we can start learning, at long last, that we are not the masters of the universe and that “dominion” and exploitation are immature expressions of power. My only hope is that, in so learning — as humanity finds itself increasingly entangled with environmental chaos and recognizes its utter vulnerability to nature — we will begin to transcend our isolated sense of entitlement to do with Planet Earth what we will and revolutionize the way we organize every aspect of our social structure, rethinking ten millennia of dominance-motivated social organization. Nobody, after all, no matter how wealthy and fortified, is immune to the impact of a changing climate. We’re all in it together. We’re part of nature, not its master. This concept is the missing foundation stone of contemporary civilization. It was in this state of mind that I read Prager’s essay, wondering if such an awareness change were possible, or whether, as the consequences of unsustainable living intensified, we’d become, instead, increasingly isolated and survivalist in our thinking. “Worship of nature was the pagan worldview,” he wrote, sounding the note of ultimate contempt for any suggestion that environmental sustainability matters and our way of life needs to change profoundly. coque iphone 6 Perhaps the word “pagan” embodies the most deeply embedded prejudice in the Western, civilized mindset — the first and last justification for global dominance. Pagans are the ultimate “other.” We’ve built a moral structure on this prejudice, and as a consequence the U.S. government continues to subsidize rather than tax fossil fuel production. As a consequence, we’re far more prepared to go to war than we are to make peace with the planet. We have to undo this prejudice before it undoes us. coque iphone 8 This work is licensed under a Creative Commons Attribution-Share Alike 3.0 License. Robert Koehler is an award-winning, Chicago-based journalist and nationally syndicated writer. His new book, Courage Grows Strong at the Wound is now available. Contact him at koehlercw@gmail.com or visit his website at commonwonders.com.

by William McDonough In the United States, one of our great strategic thinkers was Thomas Jefferson. As the dean of the School of Architecture...