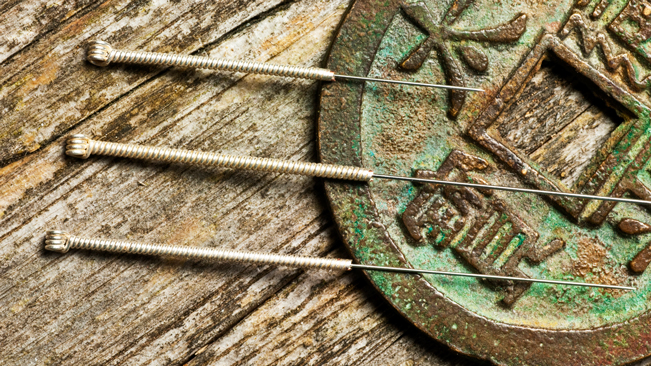 Years ago, in the mountains of central China, a man carried his young son on his back to the hospital with him, teaching the boy everything he knew about healing. The boy watched his father with rapt attention, knowing that he, like seven generations of his family before him, would one day grow up to be a doctor. But the boy’s apprenticeship and training went far beyond the study of medicine. Every day, hours before sunrise, he rose to practice Qigong and martial arts. For in ancient Chinese philosophy it was held that “”Only one who is healthy and strong himself can heal. After years of training at his father’s side, the boy left his hometown for the city, where he attended a prestigious medical school and deepened his Qigong and Tai Chi practice with several masters of great renown. At the university, he met a girl who shared his passion for Traditional Chinese Medicine as well as Qigong and martial arts.

The girl’s father was a self-taught herbalist who doctored the family and the people of their town. When she was a child, he would take her with him into the forest or along the riverbank in search of the right plant, grass or root to cure a sick person’s ailment. This folk wisdom, spirit of service and concern for others inspired her to become a doctor and instilled in her a deep appreciation for the power of traditional medicine. The girl grew up during a time of political chaos in China, a turbulent period when the culture’s ancient wisdom and traditions were scorned. Despite this, her parents taught their daughter about traditional Chinese philosophy and culture and took her on secret pilgrimages to sacred Buddhist and Taoist temples and shrines. These ideas and values influenced her decision as an adult to study Traditional Chinese Medicine (TCM).

Throughout their years of medical schooling, the pair found strength and calm in the midst of their rigorous studies by sparring and practicing martial arts together. Each won medals: he earned a gold medal, and she a silver in national martial arts competitions among students from Traditional Chinese Medical schools across China. When they completed their studies, both had obtained medical degrees not only in Traditional Chinese Medicine, but also received the same training that a Western doctor would obtain from an American medical school. After years of practicing medicine and teaching at prestigious university hospitals in China, the young man who had grown up watching his father heal patients moved to America with his wife and daughters, where for more than 10 years, they have shared their deep knowledge of acupuncture and Traditional Chinese Medicine.

Dr. Tan comes from a long line of doctors of Traditional Chinese Medicine. An eighth-generation acupuncturist, Dr. Tan’s training started at age five, when he began studying martial arts and Qigong, practices that awaken one’s inner chi or subtle energy. Throughout the many thousand year history of Traditional Chinese Medicine, it has been believed that only a doctor with inner cultivation is truly able to heal patients. Dr. Tan’s rare background combines a mastery of China’s ancient healing and martial arts along with in-depth training in modern Western medicine. A gold medal winner in martial arts competitions among students from TCM schools across China, Dr. Tan is a Kung Fu master known for his compassionate care and exceptional skills.

MEETING THE HIGHEST STANDARDS OF HIS PROFESSION

Dr. Tan earned his medical degree at Chengdu University of Traditional Chinese Medicine, one of China’s top-ranked Chinese medical schools.
A commitment to offer the highest quality of care led Dr. Tan to also study Western medicine. He completed advanced training as an orthopedic surgeon at People’s Hospital of Sichuan Province. Dr. Tan worked as a full-time associate professor and senior orthopedic surgeon for 10 years at Chengdu University of Traditional Chinese Medicine, which is known for its pioneering work integrating Eastern and Western medicine, and as director and chief physician at a major orthopedic center in the city of Dachuan. His writings and academic papers were used as textbooks in Traditional Chinese Medical schools in China. Dr. Tan’s publications address Traditional Chinese Medicine for the treatment of various conditions, from pain management to neurological, internal, adrenal, and immunological disorders, cancer patient support, men and women’s health, anti-aging as well as wellbeing. During his more than 25 years of practice, Dr. Tan has trained hundreds of doctors of TCM. He is a member of the American Academy of Pain Management and a fellow of the American Society of Acupuncturists.

AN EXCEPTIONAL COMMITMENT TO HIS PATIENTS

Dr. Tan was invited to the U.S. to teach and practice the philosophy of Traditional Chinese Medicine in 1996. He has been practicing as a licensed acupuncturist in Santa Monica, where he has enriched the lives of thousands of patients. Dr. Tan has a holistic approach to wellness and a unique ability to advise and treat patients, drawing upon the merits of both Eastern and Western medicine.

In ancient China, it was said only a doctor with the highest personal cultivation had the chi, or awakened subtle energy, to cure a patient. Dr. Cai felt there was merit to such ideas, and her medical training in Traditional Chinese Medicine included the study and mastery of the ancient Chinese martial arts, including Qigong. Dr. Cai believes deeply in preventative medicine and the importance of a healthy diet and lifestyle. One of Dr. Cai’s passions is her interest and study of women’s health issues and gynecology, the field of her post graduate training. From 1986 to 1997, Dr. Cai practiced and taught at Chengdu University’s TCM Hospital, a major teaching hospital specializing in integrating Eastern and Western medicine in China. Dr. Cai first worked there as a gynecologist and then as a senior and chief physician overseeing new residents. During a two-year period of specialty training, she had the opportunity to study and work with some of China’s foremost experts in Traditional Chinese Medicine. In 1997, Dr. Cai moved to Santa Monica where her strong medical background in China helps inform her acupuncture practice. Her knowledge of both Western medicine and Traditional Chinese Medicine gives her a unique ability to understand and educate her patients and help them to make informed medical decisions. This diverse expertise allows Dr. Cai to recommend, when necessary, a mixture of medical modalities, and allows her to advise whatever course of treatment is most beneficial for her patients.

MEETING THE HIGHEST STANDARDS OF HER PROFESSION

Dr. Xiaomei Cai has more than 25 years medical experience of acupuncture and Traditional Chinese Medicine (TCM). Dr. Cai has conducted extensive medical research and published numerous academic papers and books in the field of TCM. One of the herbal remedies that she researched with a former colleague is now a popular remedy used for treating uterine fibroid tumors in Chinese hospitals.
Dr. Cai is an active member of the Pacific Coast Fertility Society, the World Alternative Medicine Organization, and the American Society of Acupuncturists.

USING HER KNOWLEDGE TO TEACH OTHERS

Dr. Cai has taught hundreds of medical students, interns, residents and physicians for their advanced training in TCM. She has lectured on acupuncture and Traditional Chinese Medicine at Chengdu University of TCM, as well as at various conferences, such as the Resolve Fertility Conference on Acupuncture and Chinese Medicine
She has extensive experience working in the fields of infertility, women’s health, immunologic, adrenal and endocrine disorders, cancer patient support, emotional disorders, children’s health, internal and skin conditions, and pain management, as well as general well-being.

The China Study Cookbook: Over 120 Whole Food, Plant-Based Recipes The China Study, with 850,000 copies sold, has been hailed as one of the...