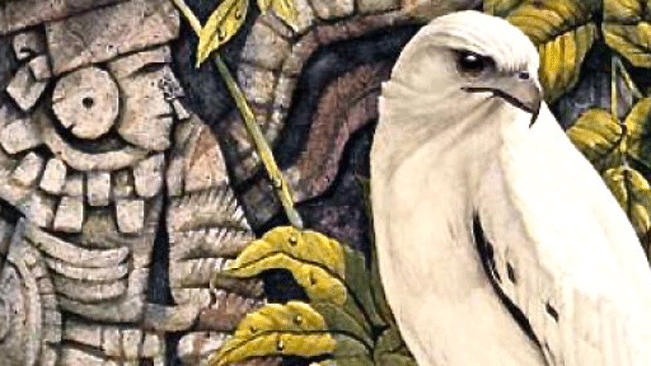 Surfing the winds of change with a radically buoyant spirit.

LS Whitehawk is a lifelong questing spirit whose various modes of professional expression include writing, editing, publishing, software & web site development, group facilitation, and producing/promoting evolutionary media & events. She considers herself an agent of change primarily, and her passion is ignited by creative collaborations that resonate with the tone of this blog.

Integrating the infusion of Spirit with form (i.e., via kundalini,spiritual emergence, and other transformative awakening orascension experiences) comprises the conceptual hub of the wheel here. A profound awakening is descending throughout our world – ready or not! Relative to this increasing merge with Spirit (higher planes & consciousness) on earth, Whitehawk’s interests include learning to gracefully negotiatekairos (the fertile moment); increasing her multisensory, multidimensional, and manifestation abilities; applying such gifts of Spirit to healing by any means available; “deep meeting,” plumbing the greater depths and heights of soular awakening, and probing the intriguing & impending galactic phenom of a dimensional shift. Also dear to her are innocents & innocence (including one’s own); animals & nature; indigenous cultures; clean green cuisine; juicy reading; exploring the quantum edge, and of course — convening with inspired friends & colleagues to ignite synapses together toward illuminating ends. Also: “laughter is carbonated holiness.” ~ Anne Lamott

Parallel Planes … Awareness of other dimensional realms began when Whitehawk was a baby; her earliest memories include leaving the crib and flying around the house. acheter coque iphone As time went on, the breadth of her OBEs (out-of-body experiences) grew to include other cities, countries, and continents; other time frames, other lifeframes, and reality systems that exist in parallel to our own. Befitting her bestowed name, she has traveled on the wings of her spirit her entire life. One of her more common journeying “themes” involves assisting souls cross over when they leave the physical plane (for an example, click here). Whitehawk believes her somewhat atypical spiritual trajectory (other-dimensional awareness in particular) has been preparing her to serve as a conduit – a passage for flow between earth and incoming energies during the penetrating, all-encompassing shift that is now live online. The sheer scope of this event is so “unimaginable,” it’s easily dismissed as lunacy by those who can’t open to the possibilities of the literal quantum leap at hand. coque iphone xs Whitehawk’s only response to this is … all water finds its level. The imminent interdimensional fusion (‘ascension’ is actually a fusion of higher frequencies with this one) is bringing tremendous and challenging change to us all. The essence of life itself is being reconfigured; evidence of this percolates throughout the universe. How these events will be perceived, received, and integrated (or not) depends upon variables including each soul’s own inclination. Whitehawk’s ideas are not for everyone. coque iphone 2019 She offers her experiences and insights to serve those who feel resonance with them, or are seeking expansion of their own parameters of consciousness. When ‘shift happens,’ she knows from experience, a seeker’s search turns to nonordinary channels for clues. Ignition: Kundalini Soon after the turn of the millennium, a lengthy, profound, and often harrowing initiation with kundalini – the transformative, electromagnetic, living & highly conscious “energy of transformation” – dominated Whitehawk’s life. This mysterious and powerful force of nature lies idling quietly at the base of the spine until activated by any of a variety of triggers, often associated with spiritual practices. coque iphone x Once awakened – like a power pack plugged into an unfathomable energy source – it is virtually guaranteed that one’s life will be profoundly and forever changed… which was the case here. Her reality-changing experiences and learnings via kundalini are integral to her current perceptions, and catalytic to her emergence as a voice on behalf of the massive shift underway. She now believes ‘new’ galactic energies are flowing into and through the local universe, triggering human kundalini energies by sympathetic resonance, in what amounts to a mass evolutionary ignition. [To clarify: this galactic energetic influx is real; its impact and effects on life are where observation, experience, and hypothesis come into play.] Revelations – ‘revealings’ – are moving through people from the inside (where there’s no denying something is happening), outward (to the collective) in an unprecedented evolutionary wave. This will be happening to/for many who are not prepared for such an awakening; perhaps not even aware of thepossibility in the first place. This scenario, en masse, could resemble entire populations on hallucinogens while simultaneously exhibiting a highly peculiar series of physical symptoms, even illnesses … all of which lie beyond the purview of the AMA. This is a very big, very confusing ordeal –a mass “shamanic dismemberment” of sorts. coque iphone 7 Dismemberment tends to be necessary for re-memberment (remembering the spiritual beings/aspects of the Oneness we really are) or re-creation (of integrated wholeness; a balanced life and world) to occur; this transformative event is not served by band-aides, intellectual rationalization, or denial. Fortunately, Whitehawk knew what was happening early in her kundalini activation, and received tremendous support from her Guides during the several years she spent working through it. She now understands she traveled this passage ahead of the curve to enable her to extend a helping hand to subsequent waves of others – perhaps you? – as this intricately choreographed series of events escalates over the next few years. A dance with kundalini ultimately permeates every aspect of life once it begins. The experience is extreme, profound, daunting, frightening, revelational, expansive, and ultimately the most wonderous immersion possible with divinity ~ the blissful unification, the return to unified oneness with the All. If kundalini is of interest to you, a helpful resource for your perusal might be here. Whitehawk The name Whitehawk was given directly by Spirit during a powerful meditation in the early 1990′s. coque iphone 8 Prior to this, visions of – and visits from – numerous white birds had been a recurring phenomenon, following an earlier encounter with a bird of Light on a vision quest in New Mexico in her 20′s. The understanding was given that this was a manifestation of the Holy Spirit. Whitehawk’s overall intentions are to live lightly & love largely; explore the holographic & sacred nature of reality; support & celebrate the spectrums of energy and Light now penetrating our rapidly-evolving planet, and co-create a healed world — one that works for the highest good of all. coque iphone 8 Whitehawk’s personal accounting of some of her experiences with awakened kundalini (entitled Deep Light and the Great Retruthing) appears in the anthology, Kundalini Rising: Exploring the Energy of Awakening, published by Sounds True. May your awakening be divine.
Prev
More in this category
Next