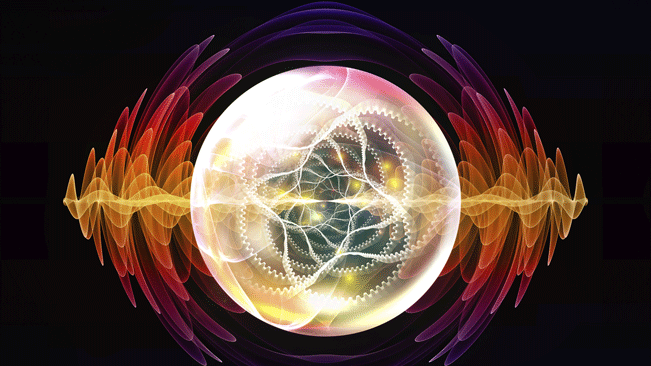 The question at hand is whether there is such a thing as higher consciousness? We are using the term “cosmic consciousness” to denote a state of awareness that knows itself completely, a state of inner silence that is in direct contact with existence. Such a state would be free, without suffering or limitation. If there is such a state, then human evolution has a goal to aim for one that is natural and credible rather than supernatural and faith-based.

As scientific evidence, we began with the quantum vacuum, which is the source of everything that’s deemed “material,” from atoms to galaxies. In everyday usage a vacuum implies total emptiness, but the quantum vacuum is the origin and the end place of our universe, and possibly countless others. In fact, standard quantum field theory gives us an estimate of the mass-energy density of the quantum vacuum: a cubic centimeter of empty space (about the size of the tip of your finger) contains about 10 32 more mass energy-density than all visible matter in the universe! (That’s 1 followed by 32 zeroes, which more energy than all the trillion or so of all luminous galaxies in the observable universe.)

At the source, “quantum foam” is constantly bubbling up to produce everything in creation, here and now. Which means that the quantum revolution that began more than a century ago has effectively overthrown the common-sense notion of matter as something solid, tangible, and reliable. By implication, everything we associate with matter – the sight, sound, touch, taste, and smell of “material” things – has also been overthrown. If that seems radical, quantum theory goes further and dispatches time and space as constant, reliable aspects of reality. They, too, emerge from the “nothingness” of the quantum vacuum.

Why should this matter in everyday life? Because mystics have pointed to a reality that transcends this world, and so does modern physics. It is tantalizing that two world views are compatible, both contending that the source of time, space, matter, and energy doesn’t contain time, space, matter, and energy. It lies beyond them, in an inconceivable somewhere that has no location; it’s not a “place” in any common-sense use of the word. Let’s see how deep this agreement goes.

Not only is the quantum vacuum the source and resting place of countless particles (and through them perhaps countless universes). It contains all potentialities of existence, everything we can, and cannot, imagine. The world’s spiritual traditions say the same of God, the Absolute, or what we prefer to call cosmic consciousness. The terminology isn’t important, only the concept of mind preceding matter. Your mind is filled with invisible potential. It contains every word you know and every possible sentence that you might choose to put in words. Even though you speak or think only one word at a time, the number of potential sentences you can make is essentially infinite.

In the quantum model, the space-time continuum contains by far the tiniest of possible energies, since at its foundation resides the quantum foam, where space and time don’t even make sense. The quantum foam contains at least six other dimensions predicted by superstring theory. These emerge but never fully develop into macroscopic scales, as do regular three-dimensional space and one-dimensional time.

Suggested by: Fredda
Retrieved from:
http://www.sfgate.com/opinion/chopra/article/What-Is-Cosmic-Consciousness-The-Quest-for-5178005.php#src%3Dfb