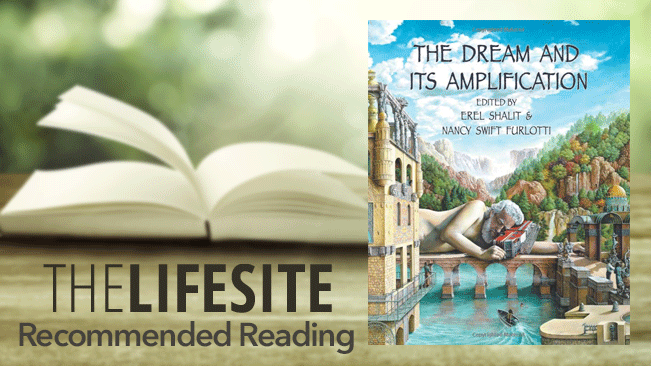 The Dream and Its Amplification
by Erel Shalit, Nancy Swift Furlotti

“The Dream and Its Amplification unveils the language of the psyche that speaks to us in our dreams.

We all dream at least 4-6 times each night yet remember very few. Those that rise to the surface of our conscious awareness beckon to be understood, like a letter addressed to us that arrives by post. Why would we not open it? The difficulty is in understanding what the dream symbols and images mean. Through amplification, C. G. Jung formulated a method of unveiling the deeper meaning of symbolic images. This becomes particularly important when the image does not carry a personal meaning or significance and is not part of a person’s everyday life.

Thirteen Jungian Analysts from around the world and a celebrated Jungian Scholar have contributed chapters to this book on areas of special interest to them in their work with dreams. This offers the seasoned dream worker as well as the novice great insight into the meaning of the dream and its amplification.
Contributors to this edition of the Fisher King Review include: Erel Shalit, Nancy Swift Furlotti, Thomas Singer, Michael Conforti, Ken Kimmel, Gotthilf Isler, Nancy Qualls-Corbett, Henry Abramovitch, Kathryn Madden, Ron Schenk, Naomi Ruth Lowinsky, Christian Gaillard, Monika Wikman, and Gilda Frantz.

Twelve of the fourteen distinguished contributors to this volume are IAAP (International Association for Analytical Psychology) certified Jungian analysts, one is a licensed psychoanalyst and a celebrated Jungian scholar, and one Jungian analyst was trained by and was a very close associate of Marie-Louise von Franz.

Also important to note about this distinguished lists of contributors: one is a past President of the IAAP, eight serve on the editorial boards (two of whom are editors) for prominent Jungian journals, and seven of the contributors have been presidents of accredited Jungian Societies.

Two of the contributors have served on the Philemon foundation board of directors, one as founding member and past president and was a key figure in bringing C.G. Jung’s Red Book into publication. Two of The Dream and Its Amplification contributors are also on the board of ARAS (Archives of Research in Archetypal Symbolism).”

Listening to Your Nightly Dreams

Listening to the Language of Your Nightly Dreams By Cynthia Richmond Dreams are a universal language, people dream in every culture and they...