“Edinger has greatly enriched my understanding of psychology through the avenue of alchemy. No other contribution has been as helpful as this for revealing, in a word, the anatomy of the psyche and how it applies to where one is in his or her process. This is a significant amplification and extension of Jung’s work. Two hundred years from now, it will still be a useful handbook and an inspiring aid to those who care about individuation”. — Psychological Perspectives 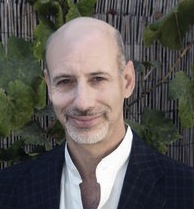 Michael Gellert is a Jungian analyst practicing in Los Angeles and Pasadena, California. He treats individuals and couples and offers a psychotherapy group and a writing workshop. He was formerly Director of Training at the C. G. Jung Institute of Los Angeles, where he is currently a research instructor. He has also been a humanities professor at Vanier College, Montreal, and a lecturer in religious studies at Hunter College of the City University of New York. Prior to living in Los Angeles he lived in New York City, where he supervised District Council 37’s Personal Service Unit Outreach Program, an employee assistance program for employees of the City of New York.

Over the years he has served as a mental health consultant to various organizations, including the University of Southern California and Time magazine. Michael was born and raised in Montreal. He was educated in rabbinic Judaism, traveled overland from Europe to India at age 19, studied theology at Loyola College in Montreal, and trained with the renowned Zen master Koun Yamada in Japan for two years. He has master’s degrees in religious studies and social work, and studied with Marshall McLuhan at the University of Toronto.

The author of Modern Mysticism, The Fate of America, and The Way of the Small, he lectures widely on psychology, religion, and contemporary culture. 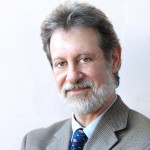 Dr. Erel Shalit is a Jungian psychoanalyst in Israel. He is a training and supervising analyst, and past President of the Israel Society of Analytical Psychology (ISAP).

He is Founder and Director of the Jungian Analytical Psychotherapy Program at Bar Ilan University. He is a past Director of the Shamai Davidson Community Mental Health Clinic, at the Shalvata Psychiatric Centre in Israel.

Dr. Shalit has served as liaison person of the International Association of Analytical Psychology (IAAP) with the Jung Society of Bulgaria, including establishing the Jungian Psychotherapy Program in Sofia. In 2010-2013 he served as Honorary Secretary of the IAAP Ethics Committee.

Erel Shalit has served as officer in the IDF Medical Corps, and is a member of The Council for Peace and Security. He is on the board of the Jung Professorial Endowment, UCLA.

He is the author of The Cycle of Life: Themes and Tales of the Journey (2011; the book received the Eric Hoffer Book Award Honors in Culture, 2012), Requiem: A Tale of Exile and Return (2010), Enemy, Cripple & Beggar: Shadows in the Hero’s Path (2008; the book was a nominee for the 2009 Gradiva Award for Best Theoretical Book, National Association for the Advancement of Psychoanalysis), The Hero and His Shadow: Psychopolitical Aspects of Myth and Reality in Israel (2004, 2012), and The Complex: Path of Transformation from Archetype to Ego (2002), and with Nancy Furlotti, he has edited The Dream and its Amplification (2013).

Entries and chapters of his appear in Leeming, Madden & Marlan (eds.), The Encyclopedia of Psychology and Religion (2010), [Jerusalem, Dreams in the Bible, The Sacrifice of Isaac]; ‘Jerusalem – Archetypal Wholeness, Human Division’ in Tom Singer (ed.), Psyche and the City (2010), ‘Silence is the Center of Feeling’ in Rob and Janet Henderson, Living With Jung: “Enterviews” With Jungian Analysts (2010), and elsewhere.

Articles of his have appeared in Quadrant, The Jung Journal: Psyche and Culture, Spring Journal, Political Psychology, Clinical Supervisor, Midstream, and other professional and cultural journals. He is on the editorial board of Quadrant.

Lionel Corbett MD, University of Manchester, England; Diplomate in Psychological Medicine; Diplomate Jungian Analyst, C.G. Jung Institute of Chicago is a British-trained psychiatrist and Jungian analyst, Dr. Corbett is particularly interested in the synthesis of psychoanalytic and Jungian ideas. His primary dedication has been to the religious function of the psyche, especially in the way in which personal religious experience is relevant to individual psychology, and to the development of psychotherapy as a spiritual practice. He is the author of “The Religious Function of the Psyche,” and “Psyche and the Sacred: Spirituality Beyond Religion.”