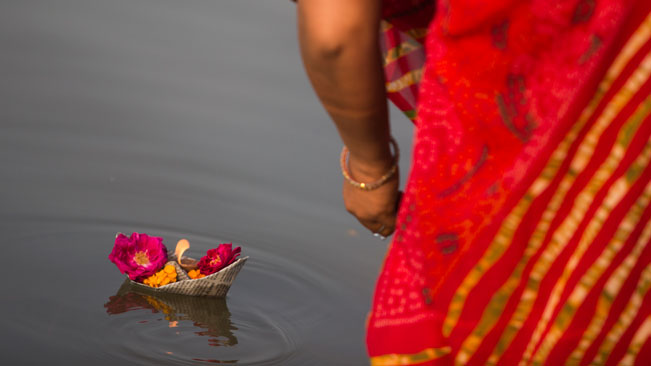 The topic of reincarnation sparks many questions and strong reactions. Sometimes the question is simply, “Is reincarnation really a Jewish concept?”

For many, reincarnation seems to be an idea that belongs to other religions, particularly those from the East, not Judaism. One reason for this is because you do not see the idea of reincarnation showing up in many mainstream Torah texts over the generations, such as Chumash, Mishnah, and Talmud. One would think that if reincarnation is such a mainstream Jewish concept there would be at least a few references to it in such sources and others like them.

Then again, unlike other religions, Judaism prefers not to mix everyday topics together with its more mystical elements. Though Kabbalah is as mainstream as any other area of Torah knowledge,1 even alluded to in the Talmud (Chagigah 14b), it is as helpful to introduce Kabbalah into everyday Torah learning as it is to discuss details of Quantum Theory with ninth grade physics students.

For the person, however, who has graduated from Chumash to Mishnah to Talmud, and then to the Zohar,2 he will find, among countless other topics, a very detailed discussion about reincarnation, particularly in the Zohar’s commentary on Parashas Mishpatim, what reincarnation is, how it works, and why it is necessary in the first place.

For clarification of the Zohar’s teachings, the person can turn to Sha’ar HaGilgulim, or Gate of Reincarnations, or Sefer HaGilgulim, Order of Reincarnations. Both works are the teachings of the greatest Kabbalist of the last 500 years, Rabbi Yitzchak Luria, or “Arizal” for short whose teachings are considered to be authoritative.
Reincarnation is a Jewish concept with a very long Jewish tradition.

So, yes, reincarnation is a Jewish concept, with a very long Jewish tradition. But why the fascination with the topic in the first place?

Sometimes it seems to have to do with staying in touch, at least emotionally, with loved ones who are already gone. People want to know that wherever they are they are doing fine, and might even come back again in another life. They want to know that though they have left this world that life can still go on for them, somewhere else, perhaps. The idea of reincarnation reassures them of that.

For others it has to do more with understanding inexplicable personal tendencies, or curious natures of family members or friends. Sometimes life’s experiences fall short when it comes to explaining unusual events or personality anomalies. Reincarnation can explain a lot of that as well, as we’ll see in the next essay.

Why is there reincarnation in the first place? Life itself is not unlike the way education works, which is about moving up from level to level as one matures and becomes more intelligent. The educational process that most go through in life is meant to enhance a person’s ability to function in the world, to help people to make most of their lives, and to enhance their appreciation of the need to become responsible members of society.

How does that actually work?

The first thing a person needs to know is that Judaism teaches that though we all have one unique soul, each soul is actually comprised of five parts,3 each of which has a specific name: Nefesh, Ruach, Neshamah, Chayah, and Yechidah, loosely translated as: Rest, Spirit, Breath, Life, and Single, names that mean little until one understands how they got them. What matters for now, though, is that they represent the path to spiritual completion, because each level up provides increasingly greater access to higher levels of spiritual capacity.

A good analogy for how this works is computer software. Very often when a person acquires software for his computer he can do so cheaply, or even for free. But there’s a catch: upon opening the newly installed software and using it for the first time he may notice that some of the listed functions are grayed-out, indicating that they are not yet available to him. To access those functions he has to pay for the upgrade.

If the person chooses to take the financial plunge and invest more money into the program, very often all he receives back in addition is a numeric key to complete the registration. However, after keying it in, almost magically, the previously grayed-in functions blacken indicating accessibility, instantly making the program more powerful.

But how does only a keyed-in number deliver so much more additional software to its user?

It doesn’t. What really happens is that all of the functions, the accessible and the inaccessible ones, are delivered to the computer during the first download. The program, however, was written in such a way as to only make certain functions available to the user until additional information, in this case, a paid-for numeric key, has been provided.

This way the user can see what he is missing and be tempted to pay for the rest of the program. Once he does, and he properly registers the program, permission is then granted, though the computer, to utilize the rest of the software’s functions.
At birth every individual has all five levels of soul. We have to if we’re going to continuously receive Divine light to keep us going, since the five levels of soul connect us up to the light of God which nourishes our souls and, in turn, keep our bodies alive.4 To be missing a level of soul would be to break the connection between a person and the Source of Life.
Even the Talmud states that, prior to a child’s birth, an angel teaches it the entire Torah. The only problem is, the Talmud continues, is that the angel causes the child to forget what he learned right before birth (Niddah 30b). Seems pointless, no?
Not really. There is a big difference between learning something new and only having to recall what was once learned. The Talmud is telling us that education, at least when it comes to Torah, is a process of bringing to the conscious mind what already exists on the level of the subconscious. The learning of Torah gives a person access to higher levels of understanding, and really, and as we’ll see later, higher levels of soul.

We are created in God’s image to achieve great spiritual accomplishments.

Because at birth, a person only needs the least of the five levels of the soul, the Nefesh, to remain alive and function. There is very little a baby is required to do other than eat and sleep, and for that the Nefesh is sufficient. Indeed, a person could, and many do, live the rest of his or her life on the level of Nefesh alone, though they wouldn’t really amount to very much spiritually.

God didn’t make man in His image for nothing.5 He did it to allow man to achieve great spiritual accomplishments, to become the very best human being he or she can become, to achieve ultimate fulfillment, in this world, and in the World-to-Come.
Life is about doing exactly this, and ideally, in one lifetime.
It’s All about the Journey

Mankind may be capable of great spiritual feats, but life is not always supportive of his efforts to achieve them, and on many occasions, that may be an understatement.

The culprit? It is what we call in Hebrew the yetzer hara, the evil inclination. In the Garden of Eden the yetzer hara was embodied in the snake, the one which convinced Eve to eat from the Tree of Knowledge of Good and Evil against God’s command. Until that time, humans were free of an internal evil inclination and remained perfectly balanced between good and evil.6
That didn’t last long, though. As a result of the sin man absorbed the yetzer hara into his being until it became a part of him, the result of which is succinctly summed up by the Torah in the following way:
The intention of man’s heart is evil from his youth. (Bereishis 8:21)

Without question, it was a game changer. The yetzer hara, it seems, has its own agenda, seemingly more interested in having a good time materially than becoming more perfect. It doesn’t buy into this whole spiritual development thing, and it seems to try to sabotage any attempts to do so every chance it gets.

The yetzer hara can interfere with our ability to climb the soul ladder.

As spiritually troublesome and burdensome as that can be for the person on a quest for personal greatness, it is not accidental. It is the way we are meant to be because that is the way to make sure that any spiritual growth we achieve is the result of choices we make, not automatic or accidental. We were given the gift of free will and we’re here to use it wisely as the basis for spiritual growth.

The problem is that the yetzer hara can interfere with our ability to climb the soul ladder, from Nefesh to Ruach to Neshamah, etc., so much so that time can run out on our lifetimes before we are done. In some cases, people might, and often do, remain stuck on the lowest levels of soul for decades, or even entire lifetimes.

What happens then? Reincarnation.

In most cases we come back to finish what we started in other lifetimes, even if we aren’t aware of who we were or where we were. The good news is that when we do, we don’t start from scratch all over again, because if we did we’d never get anywhere in life. We’d simply repeat many of the mistakes that we did in previous lifetimes.

In the next segment, we will discuss how to go about figuring out what you’re here to fix up.

Despite political and religious unrest between Israel and Palestine for over 60 years, they agree on one thing – the Temple Mount in the Old...