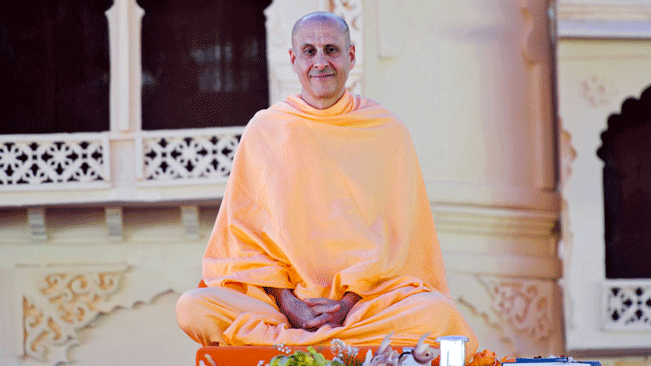 Who is Radhanath Swami Radhanath Swami is a Vaishnava sanyassin (a monk in a Krishna-bhakti lineage) and teacher of the devotional path of Bhakti-yoga. coque iphone x He is author of The Journey Home, a memoir of his search for spiritual truth. His teachings draw from the sacred texts of India such as The Bhagavad-gita, Srimad Bhagavatam, and Ramayana, and aim to reveal the practical application of the sacred traditions, while focusing on the shared essence which unites apparently disparate religious or spiritual paths. Born Richard Slavin, on December 7, 1950, in his teens he came to confront a deep sense of alienation from suburban Chicago life and the civil injustices of mid-century America. coque iphone pas cher At the age of nineteen, while on a summer trip to Europe, his internal struggles culminated in a commitment to search for God wherever it might lead him. Meditating on the Isle of Crete, he felt a supernatural calling and the next morning set off alone to find spiritual India. The Journey Home documents his odyssey as a penniless hitch-hiker though Greece, Turkey, Iran, Afghanistan, Pakistan and finally India. There he lived as a wandering ascetic, first amongst the forest dwelling Himalayan yogis and later amongst a wide variety of gurus and spiritual practitioners throughout India and Nepal. Ultimately, he was led to the holy town of Vrindavan, where he found his path amongst the Bhakti-yogis. In Vrindavan he found the teacher he was searching for in A.C. Bhaktivedanta Swami Prabhupada (1896-1977) the founder of the International Society for Krishna Consciousness (ISKCON), and representative of Gaudiya Vaishnavism, (the Krishna-bhakti tradition stemming from the 16th century mystic avatar Sri Chaitanya). coque iphone In choosing Bhaktivedanta Swami, as his guru, Radhanath Swami felt compelled to shear his matted locks and reenter Western society with a mission to share the sacred wisdom he had received. This return exemplifies the form of devotional yoga which is at the heart of Radhanath Swami’s teachings, a spiritual practice expressed as tangible action meant to bring about personal fulfillment and benefit the world. coque iphone pas cher At the the age of 31 he took the monastic vows of a Vaishnava sanyassin and became known as Radhanath Swami. soldes coque iphone Today Radhanath Swami travels regularly throughout India, Europe and North America, sharing the teachings of Bhakti-yoga. vente de coque iphone He resides much of the year at the Radha Gopinath Ashram in Chowpatty, Mumbai. For the past twenty-five years he has guided the community’s development and has directed a number of acclaimed social action projects including Midday Meals, which daily serves more than 260,000 plates of sanctified vegetarian food to the children of the slums of Mumbai.