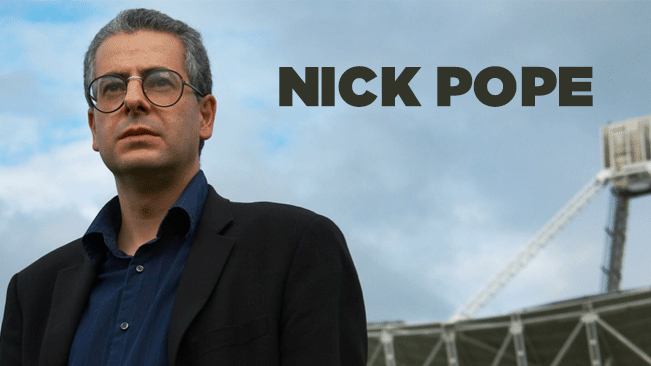 Author, journalist and TV personality Nick Pope ran the British Government’s UFO project for 21 years, at the Ministry of Defense (MoD). In the course of his career he served in a number of different posts, but is best known for work on the MoD’s UFO project. His remit was to investigate sightings, looking for evidence of a potential threat to the defense of the UK, or anything of more general defense and/or scientific interest. Most sightings turned out to be misidentifications of ordinary objects or phenomena, but a small percentage remained unexplained. Nick Pope was initially skeptical, but his official research and investigations convinced him that whatever the true nature of the sightings that remained unexplained, the UFO phenomenon raised important defense, national security and air safety issues, as well as being worth looking at from a scientific perspective. He was particularly interested in cases where the witnesses were pilots, or where UFOs were tracked on radar. coque iphone 6

Nick Pope retired from the MoD in 2006, his last posting having been as an acting Deputy Director in the Directorate of Defense Security. He now works as a journalist and broadcaster, specializing in the unexplained, conspiracy theories, sci-fi, space, fringe science, defense and intelligence. coque iphone 7 He is the best-selling author of four books: one on UFOs, one on alien abductions and two sci-fi novels. He also investigated alien abductions and crop circles, and was involved in work to evaluate whether the government should recruit people with paranormal abilities to undertake intelligence work. When details of Nick Pope’s formerly-classified work were released under the UK’s Freedom of Information Act, the media called him the real Fox Mulder. Nick Pope left the MoD in 2006 after a successful 21-year career and is now recognized as one of the world’s leading experts on UFOs, the unexplained, conspiracy theories and fringe science. He does extensive TV work and has also worked with Hollywood film companies to promote various alien-themed sci-fi movies. Nick Pope works with a wide range of film companies, TV networks and production companies, helping develop ideas for new movies, TV shows and documentaries. He contributes regularly to various news programs, chat shows and documentaries, with appearances on shows including Good Morning America, Larry King Live, Geraldo at Large, The Joy Behar Show, Campbell Brown and Nightline. coque iphone 8 He has been interviewed on TV news shows on CNN, ABC, Fox News, NBC and the BBC, and has appeared as contributor on numerous UK and US documentaries, on networks including Discovery Channel, History, National Geographic, Syfy and the BBC. coque iphone pas cher Nick Pope works with various Hollywood film studios and media companies, helping to promote sci-fi films, video games and advertising campaigns themed around the unexplained. coque iphone 6 He has worked for clients that include Microsoft, 20th Century Fox, 7-Eleven and Sony Pictures, and has been involved in promoting movies such as Super 8, Battle: Los Angeles, Paul, The X-Files: I Want to Believe and the remakes of War of The Worlds and The Day the Earth Stood Still. Nick Pope lectures all around the world, has addressed the Oxford Union and the Cambridge Union Society, as well as speaking at the Royal Albert Hall, the Science Museum and Global Competitiveness Forum 2011, where other speakers included President Bill Clinton and former UK Prime Minister Tony Blair. Nick Pope lives in San Jose, California, and in Tucson, Arizona – depending on the time of year.
Prev
More in this category
Next