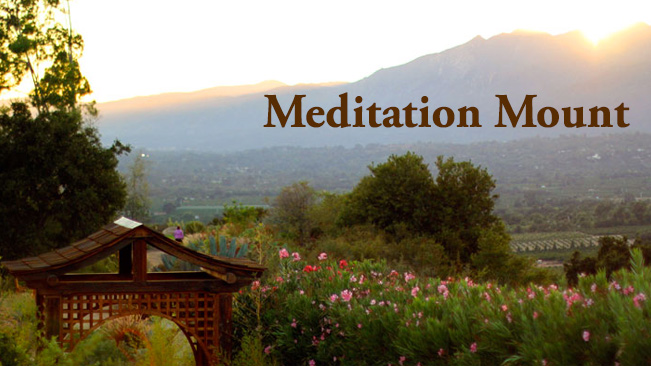 The mission of Meditation Mount is to promote the building of an enlightened and compassionate world through the power of creative meditation, inspirational educational programs, and community-based events focused on the practical application of the following universal spiritual principles: Right Human Relations The inclusive practice of loving understanding that treats all beings with respect and dignity. Goodwill A powerful and abundant energy that nourishes the greatest good for all life. coque iphone xs max Group Endeavor The group-conscious, collaborative energy that moves us to think and act purposefully together on behalf of the whole. coque iphone Unanimity The recognition of the fact of “one humanity” and the importance of each individual as a unique expression of the One Life. Spiritual Approach The inevitable movement of life to an ever-expanding state of wholeness and joy, through a living relationship with the Divine Presence. coque iphone 2019 pas cher Essential Divinity The acknowledgment and honoring of the Divine Presence in every person and in all life. [symple_divider style=”solid” margin_top=”10px” margin_bottom=”10px”] Meditation Mount was the creative idea of Florence Garrigue who lived at the Mount and oversaw all activities. The facilities were completed in 1971 under the direction of Zelma Wilson, Architect. coque iphone 6 Zelma sought to make the buildings reflect the spirit of the participants, and serve as highly functional structures attuned to their setting. Grant Castleberg of Santa Barbara served as landscape architect for the center. Florence, the Mount’s founder, came to Ojai in 1968 to establish a center for the work of Meditation Groups, Inc. which she had begun 10 years earlier in New York City. coque iphone xs max After selection of the site in the east end of the valley, she worked closely with Ojai architect Zelma Wilson in planning the beautiful Tibetan – style buildings and arranging the financing of the project with generous gifts from people who believed in the work of the organization. The center at the end of Reeves Road then became known as “Meditation Mount.” Their purpose was the fostering of meditation to benefit the world. They achieved this by using small booklets written on various aspects of spiritual topics, sending them by mail to individuals in a rhythmic pattern of every two months. Taking a step back into Florence’s past we can see how all of this evolved. When Florence retired in 1943, she moved to New York to join the Arcane school, an institution for esoteric studies founded by Alice A Bailey. After 10 years there, she and a group of friends started the School for Esoteric Studies in New York which is still active. coque iphone 8 She then became a member of a small informal group of individuals from several countries who met in England for the purpose of fostering meditation to benefit the world. They achieved their purpose by using small booklets written on various aspects of spiritual topics, sending them by mail to individuals in a rhythmic pattern of every two months. It was from this group and its concept that she returned and founded the US branch of Meditation Groups, Inc. Many of the booklets were written by Roberto Assagioli, an Italian Psychologist whose lifework was to bring meditation and spirituality into the realm of psychology and human development. In the mid 1990′s the distribution of meditation booklets was discontinued. Since that time Meditation Mount has functioned an educational center offering spiritual programs that enhance the awakening of the human soul in all aspects of social endeavor. coque iphone 8 Daily and Monthly Full Moon meditations continue to be an important part in the daily rhythm in the Mount’s life.