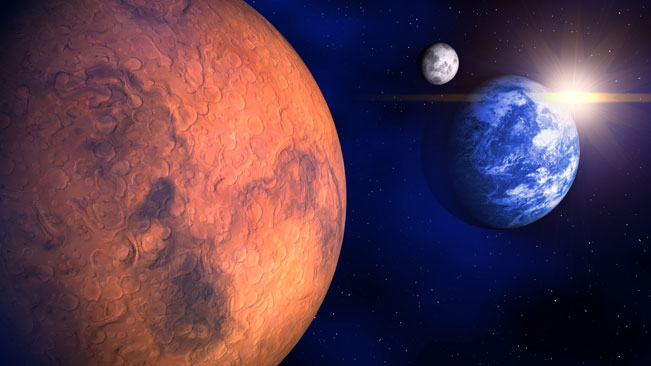 “Mars is the force which propels the seed to germinate.” Dane Rudhyar In December 2013, Mars entered the sign of Libra where it remains until the end of July 2014. coque iphone soldes Normally Mars resides in a sign 45 days, so this is an extended length of time. Within that time frame, between March 1, 2014 and May 19, 2014, Mars will be retrograde. Mars has been described as the energizer, the challenger, and the cosmic trigger. It is an outreaching dynamic, action oriented, providing the drive to progress and achieve; not an inward energy. Mars can be both courageous and contentious. It represents anger and passion, and so can rage and battle, or it can assert and direct in a manner that supports advancement. Like fire, be cautious in the manner you express your Mars; it can provide sustenance and light or it can burn and blacken. In retrograde, Mars may be frustrating. Strategies or plans may not advance quickly or smoothly, and action to implement may not be smooth, so patience is required. It may take time for plans and projects to manifest; results may not be immediate. coque iphone pas cher Often there are many course corrections, and periods of waiting. To learn where Mars is asking for your personal focus, look to your Ascendant. coque iphone Remember this is general information, and the specifics of your personal natal chart may alter the interpretation. Mars in 1, Libra Ascendant: Impetus to assert and stand up for oneself. This is a great time to work on your image. What needs to be changed to foster success? Have the courage to make those changes after the retrograde period when you should have the drive and energy to do so. During the retrograde period be patient with your progress. Mars in 2, Virgo Ascendant: During the retrograde focus on plans to develop and expand your financial opportunities. A reevaluation of how you manifest, as well as the use of your financial resources, is called for. Although your ambition is ignited, you might want to take action and initiative to move forward after the retrograde when results come more easily. Mars in 3, Leo Ascendant: During the retrograde period be mindful of how you communicate. Be courageous, not impulsive or argumentative. If contracts must be signed during the retrograde, take care that you are completely clear regarding those documents. You may have some difficulty making decisions about how you want to implement ideas and plans; after the retrograde you may be clearer and implementation might be smoother. coque iphone 8 Mars in 4, Cancer Ascendant: After the retrograde is a positive time to undertake projects at home. If you have wanted to move it’s a good time to pursue that. During the retrograde period projects at home may need to be reworked, or a choice to move may be reconsidered. A parent may need more attention than usual, or time between home and career needs adjustment. Mars in 5, Gemini Ascendant: During the retrograde period creative types may feel stagnant, blocked, or out of the flow. Once Mars goes direct creativity is newly ignited, especially for artists. And during the retrograde children may be more demanding. Also be mindful with gambling or risky undertakings. My advice to workaholic types: take some time to play. Mars in 6, Taurus Ascendant: Once the retrograde period is over a great deal of energy will be career focused. During the retrograde the organizational side of work may be frustrating and draining. At this time you will need to work for what you receive, and you might adjust expectations temporarily. Focus on organizing to improve productivity. If you are an employer you may have issues with employees. Mars in 7, Aries Ascendant: Expect disagreements with your partner during the retrograde period, or there may be legal concerns to attend to in business. A balance between the needs of the partnership and self come into focus. One might wait until after the retrograde to make decisions regarding partnership. After the retrograde period relationships issues may resolve, and focus on partnership issues should bring positive results. Mars in 8, Pisces Ascendant: During Mars in Libra be pristine with all shared monies, taxes, loans, ect. If there are any outstanding issues over shared accounts, now is the time to tie up loose ends. Taxes loans, and monies shared require attention. coque iphone 2019 pas cher Be conservative, not risky, in sexual areas. Promises for loans or funding may fall through temporarily during the retrograde. Mars in 9, Aquarius Ascendant: During Mars in Libra travelling long distance for vacation or adventure is usually welcomed. At the same time business travel involving a foreign opportunity may present itself. However, during the retrograde period there may be glitches in travel plans and opportunities from a long distance. Mars in 10, Capricorn Ascendant: Renewed ambition and drive to push in career areas. New opportunities for leadership may be pursued, and ambition and energy is directed towards distinguishing one in career. coque iphone soldes Calm the tendency to steam roll over others. Results to move forward may be delayed or unsupported until Mars goes direct. Choose your battles wisely. Mars in 11, Sagittarius Ascendant: Mars supports active participation with friends, groups, and organizations. You may be involved in standing up for a friend, or you may find that during this time issues with friends arise. If you are at odds with a friend, you might make more progress if you wait until after the retrograde to resolve the matter. Mars in 12, Scorpio Ascendant: This is where we block or bottle up the energy of Mars. Mars is undercover in the 12th house, so the work for you with this transit is to confront any emotions that you disown, so they can find a healthy expression. coque iphone Under the retrograde you may explore wounds of the past with the goal to heal.