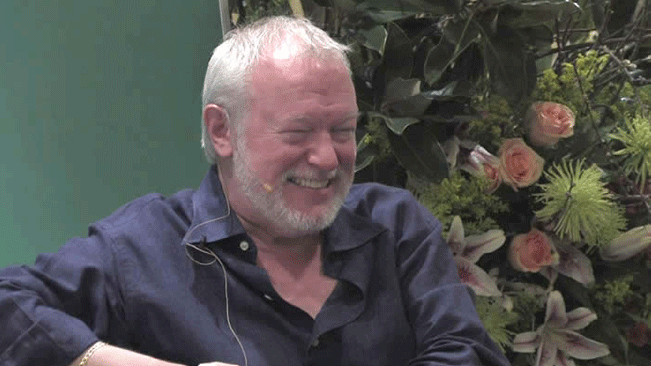 Since 1974, Lazaris has channeled through Jach Pursel, his only channel, offering his friendship and love and generating a remarkable body of tools, techniques, processes, and pathways for our Spiritual Journey to God/Goddess/All That Is. He has touched thousands of us in his extraordinary workshops and tens of thousands more of us with his books, video recordings, and audio recordings that many have said are the finest tools of metaphysics and spirituality available.

Lazaris Explains Lazaris As we say, we officially began communicating through Jach, the one we call the Channel, on October 3rd, 1974. We had made contact with him much earlier in that year through his own meditative approaches, and indeed much to his surprise! Our initial message to him (as he quite accurately reports it) was “We will call you … coque iphone 8 not for you to call us.” And through that period of time we were rather making the initial and completed adjustments such as to make possible our communication without creating any distress or harm to the physical, mental or psychological form of the one who is the Channel. coque iphone Prior to that timing (according to your particular schedules it would be during several of his previous lifetimes) we had initially made touch or contact with the Channel to nudge, to gently nudge and suggest (much without his knowing) certain evolutionary developments in preparation for this timing of October, 1974. During his current lifetime, in his childhood and early adolescence, again ever so gently, we were ever so subtly nudging. coque iphone 2019 soldes For above all we did not want to create any distress, but only to create the opportunity for his growth, as well as for the opportunity for our own and the opportunity for those with whom we would be speaking. coque iphone 2019 We are the only one, as we have suggested, from our levels of awareness who has ever or who will ever communicate with your planet. And the only one we shall ever come through is the Channel … We have taken “time,” and a precious great deal of it according to your standard, to make that communication most beneficial, most easy, most clear. And therefore, we are satisfied and need not explore and expand to channel through any other form in any other capacity. WHAT WE ARE NOT First of all we are not physical, nor have we ever been, though many have asked us where our lifetimes were, or when we were on the planet, suggesting we must have been in Atlantis or perhaps Lemuria before. But the answer, the same as always, is: “No, we have not been physical.” We have not been on your Physical Plane at any time of its history. Nor, for that matter, on any other planet or system that supports physical life. WHAT WE ARE We are a spark of consciousness” is perhaps the best way to describe us. Content without form. A spark of consciousness that exists and is aware of its existence, that creates thought, that creates reality, just as you are consciousness that creates thought and creates reality. We do it with a greater level of awareness, and we do it without form. That is the difference. HOW DO WE COMMUNICATE? We would first suggest that we never enter the body of the Channel, for that’s not necessary. When you turn on your television set and watch Dan Rather at night, you don’t for a moment suspect that dear Dan is sitting inside that little box. You know full well that he’s sitting in a station somewhere and rather talking to a camera, which is recording, and then sending those signals through the air to your local receiving station, which then transmits the signal to your local television set, sometimes even by videotape — how fascinating — or film. And we would liken our communication similarly … We do not enter the physical form of the Channel. coque iphone xr We don’t get anywhere near that physical plane of reality. But rather, we connect energies that are thoughts into a system of vibration that we than transmit through the cosmos and the various levels. It then enters your reality through the Mental Plane, then drifts down, in its way, to the Physical Plane, much as a television signal to the antennae, and then it is amplified and comes out of the vocal cords, the mouth, and the speaking structure of that which is the Channel. WHAT IS OUR PURPOSE IN COMMUNICATING? Perhaps the only thing we’d want to save is your right to make choices, and your right to decide what is best for you. Perhaps we’d want to save your right to take full and total responsibility for your reality, and indeed that is perhaps what we’re about. FAQS CAN I EXPEIRENCE LAZARIS IN PERSON? Lazaris holds seminars primarily in Los Angeles and San Francisco, California, with other special locations sometimes added into the schedule each year. See the schedule for both online and live events at Lazaris.com CAN I BUY RECORDINGS OF LAZARIS? In addition to the seminars, there are new recordings released throughout the year. Currently, the Lazaris Material has more than 400 releases available in many formats, including downloads, CDs, DVDs, books and a streaming subscription service.
Prev
More in this category
Next