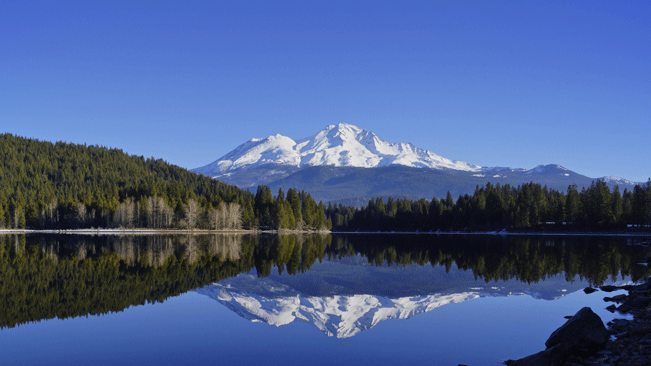 Shasta Abbey located at Mt. Shasta, California, is a Soto Zen Buddhist Monastery where I had my inspirational experience that has changed my life. I have been self-studying Buddhism for about 11 years before coming to Mt. Shasta. I was first introduced to Buddhism while in my senior year in high school when we read Siddhartha. I was interested in discovering whether it was possible for one to alleviate suffering in their life and live an existence full of compassion and loving kindness towards others. I did not set a definite course of path to take to Buddhism; I read books by various monks and nuns from a wide-range of sects. I wanted my journey to be all inclusive, so I would take what I liked from H.H. the 14th Dalai Lama, Thich Naht Hahn, Nishitani Keiji, and Aung San Suu Kyi, to name a few. I took vows of refuge in the Tibetan tradition at Columbus KTC Columbus, OH from Lama Kathy Wesley back in March of 2006. My time at the center although brief made me feel as if my choice in Buddhism was the correct one for me and how I wanted to view the world. Whatever was spoken about that I could not quite wrap my head around; I would discard it, because from my viewpoint, as long as I do not hurt another sentient being and I strive to do well, I’m on the right track. That all changed once I discovered Mt. Shasta.

I needed to get away for a bit and reassess my life and figure out a way to deal with the stresses of my life through my spirituality. I searched on line using “Buddhist retreats” as my keywords. I found many, but the reason why I chose Mt. Shasta was because of the fact that they did not charge for participating in their retreats! I was amazed to say the least. The reason for this was that the monks of Mt. Shasta practice and believe in the spirit of Dana-giving and receiving which underlies the true spirit of generosity. I applied on line to go to one of their beginner’s retreat and I was set to go at the end of February.

I took a long bus trip from Albuquerque, NM to Weed, CA were one of the monks came to the visitor’s center in town to pick up myself and a couple of retreatants who happened to be on the bus. The retreat was for 3 days, we stayed at the Abbey’s guest house, had meals together with the guest master and lay residence who were living at the Abbey and participated in assisting monks various activities from helping in the kitchen to preparing meals generously donated by the community (Dana), helping in the guest house, or work in the temple. Our days began at 4:30 a.m. and ended around 7:30 p.m. We had our days planned after the 5 a.m. meditation period, which included the aforementioned activities. Retreats are open to all who earnestly want to learn about the Abbey and the work of the monks.

After the retreat, I decided to stay 9 more days. I wanted to take advantage of the beautiful surroundings, the knowledge and wisdom the monks offered in a safe and secure place, and be around sincere individuals that were serious about learning more about Buddhism. Shasta Abbey offered spiritual counseling, where all your questions and concerns about Buddhism or life in general could be answered as fully as it can be by the senior monk available. I participated, asking questions that I found along the way during self-study and my time at the Abbey. Then during meditation, I had an image that I have for years tried to repress. I had a suicide in the family 11 years ago that prompted my search for meaning in life and how could someone so dear to me, suffer in a way that suicide was the answer. I could not get this image out of my head for 11 years. I could not sleep at night, despite prescription anti-depressants, sleeping pills, or anxiety medications. I signed up for spiritual counseling after seeing this image again in meditation and spoke to the monk about what was going through my head. She explained things in a way that let me understand what was needed of me to assist with my guilt, anger, frustration, and pain that I was feeling about the situation. I did what she instructed (which involved meditation) and I worked through the tears, the pain, the anguish, and the distorted memories to see the truth, I loved my brother and he did what he thought was the best way to deal with whatever it was he was going through. After coming to terms with that, that night, I slept. I was not plagued by nightmares, or distorted images that haunted my memories. For the next couple days during meditation periods, I came to those thoughts from time to time and sat with them all, not judging them and not pushing them away. I felt lighter. I felt free to just be okay.

I’m so grateful that I found Mt. Shasta. Even today I can have email spiritual counseling. I do from time to time, to get grounded on some issues that I face in everyday life, and even though the monks are busy, they take time when they can to help. The monks inspired me to see that there is no inadequacy within me or others, it’s true I do lapse from time to time, but I always remind myself of the lessons I learned at Shasta Abbey.
www.shastaabbey.org

Pema Chodron is a beloved Buddhist teacher, author, nun and mother who has inspired millions of people from around the world who have been touched...

A Conference, coque iphone 8 Retreat and Yoga Center in the Heart of California Mount Madonna Center is a conference and retreat center located...