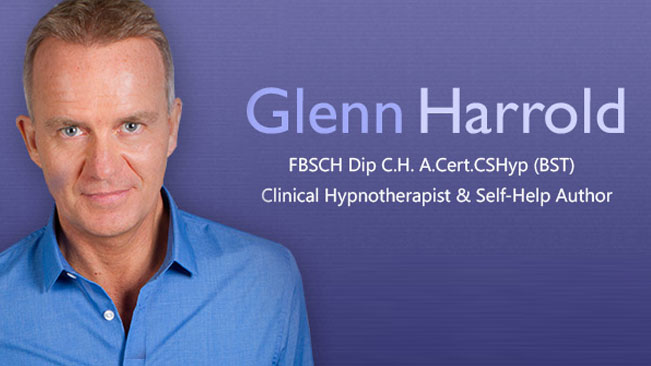 Glenn Harrold is an author, musician and experienced clinical hypnotherapist who has helped thousands of clients over a wide range of stress related problems. coque iphone xs max He has combined his hypnotherapy skills with an extensive recording knowledge to produce a uniquely effective series of high quality hypnosis recordings that have sold over 4 million copies and are well established as the UK’s best selling self-help audio titles of all time. coque iphone 8 Glenn also writes self-help books for Orion in the UK and McGraw Hill in the USA and produces hypnotherapy CDs for BBC audiobooks and his own company Diviniti Publishing Ltd. Glenn’s best selling hypnosis CD, Complete Relaxation, has been at Number 1 in the self-help audio chart every year for the last 7 years, and in 2006 was awarded a gold disc for sales of over £250,000. acheter coque iphone Glenn has 20 years experience as a clinical hypnotherapist in one to one therapy sessions, and in recent years he has worked with many high profile and celebrity clients. coque iphone solde In May 2011 he was made a fellow of the British School of Clinical Hypnosis for his achievements in the world of hypnotherapy. coque iphone pas cher His Relax & Sleep Well App has become the world’s biggest grossing self-help App and has been downloaded over 1 million times. It has been number one in the lifestyle chart in over 30 countries and reached number 5 in the USA. Most of Glenn’s catalogue of hypnosis and meditation titles are now available on the Apple and Android App Stores.

Eldon Taylor – Master of the Mind

Website: http://eldontaylor.com “It is my philosophy that we are blessed with the ability to think. coque iphone 8 It is therefore incumbent...