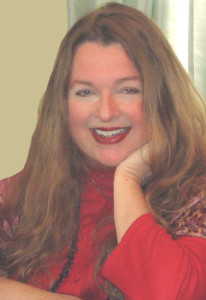 Stephanie Jourdan, Ph.D. has a private practice as an astrologer, tarot reader, archetypal therapist, and Inner Guide Initiator. She is also the President of The National League of Medical Hypnotherapists and the Editor of Brainwave. Her private practice encompasses mythology, archetypal psychology, astrology, Ericksonian hypnosis, and tarot. She is also trained in homeopathy, sound therapy, aromatherapy, NLP, and Neuro-Emotional Technique. A paid astrologer from the age of 16, she grew up with the advantage of four generations of homeopathic physicians on her father’s side and a mother that encouraged hypnosis as a household modality. coque iphone en ligne Stephanie pioneered billing hypnotherapy as a medical procedure after proving the ability to regenerate her left index fingertip following a work-related accident in a medical environment. The accident spurred her to take up hypnotherapy as a full-time profession in 1988. coque iphone 2019 She has an unusual professional background in advertising, health care, astrology, hypnotherapy, and teaching. She personally trained with the late Edwin Steinbrecher (Inner Guide Meditation) and Don Campbell (The Mozart Theory.) Dr. coque iphone xr Jourdan is recognized in Who’s Who in America and Who’s Who of American Women. Personal “As a child, my mother regularly encouraged hypnosis and imagery. She recommended that I straighten my teeth with self-hypnosis and I did. My father was the son, nephew and grandson of three outstanding American homeopath physicians, so the practice of homeopathy was an everyday skill in our home. Homeopathy and my mother’s open-minded approach to life engendered a belief that through faith anything is possible.” Chronology “Thanks to the influence of students at UCSD, where my mother worked, I began astrological and tarot studies at the age of nine.” First exposed to hypnosis through Roy Masters at the age of ten. Wrote an astrological column for my high school newspaper and began offering readings professionally for fellow students and teachers. coque iphone en ligne “I was rejected by the American Culinary Institute because I was not a man, so I followed my mother’s advice and went into banking. Learned to spread financial statements, along with many other practical skills. “Worked in Marketing for the largest third-party insurance administrator in the nation. Learned more than I needed to know about billing and claims management for medical, dental, drug, and workers’ comp insurance. This later served me well when I introduced medical billing to the hypnotherapeutic community. coque iphone 6 Decided I needed a creative outlet and took a job in advertising. Through a series of bizarre opportunities, I quickly moved up through the ranks and was named executive vice president of business development at the end of two years. A conflict of interest prompted me to leave and start my own ad agency: Jourdan, Winkler and Tate Advertising.” 1983: Studied astrology and archetypal therapy with renowned astrologer Edwin Steinbrecher, author of The Inner Guide Meditation. 1988: Gave up advertising and began practice as an astrologer, motivational speaker and hypnotherapist. 1988 – 1989: Feature columnist for the Conscious Living Guide magazine. Most of the articles focused on replacing fear with positive thought. 1988 – 1989: Studied sound therapy with leading musicologist, Don Campbell (author of numerous books, most notably The Mozart Effect.) 1989: Joined forces with a high-profile acupuncturist in Beverly Hills, in a new treatment approach for AIDS, using the latest theories in psychoneuroimmunobiology. Later recognized by Who’s Who. 1990: Began working under the supervision of two dentists rendering hypnotherapy. coque iphone 1991- 1994: Worked under the supervision of a psychologist rendering hypnotherapy. Specialized in the treatment of anorexia nervosa with a new mythological paradigm, which was later recognized by Who’s Who. 1992 – 2000: Worked under the supervision of an osteopath and a sports medicine doctor rendering medical hypnotherapy. Utilized information from my professional background in writing medical and dental insurance proposals to establish protocols for billing hypnotherapy. 1994: Regular guest and authority on hypnosis on NBC’s morning show, The Other Side. 1998: Joined faculty and launched new course in aromatherapy at the Institute for Psycho-Structural Balancing (IPSB) in West Los Angeles. 1999: Listed in Who’s Who in America, West, 27th Edition. 2000 – 2004: Joined American Institute of Hypnotherapy as a faculty member. 2000 – 2008: Listed in Who’s Who of American Women, 22nd Edition. Formal Education Diploma – Hypnosis Motivation Institute in 1989. Bachelor of Arts degree, 1996. Certification – Brief Therapy, 1997. coque iphone 7 Masters/Doctorate degree in Philosophy, American Pacific University, 2001. Books, CDs and Tapes Written for New Focus Institute and HSC, Inc.