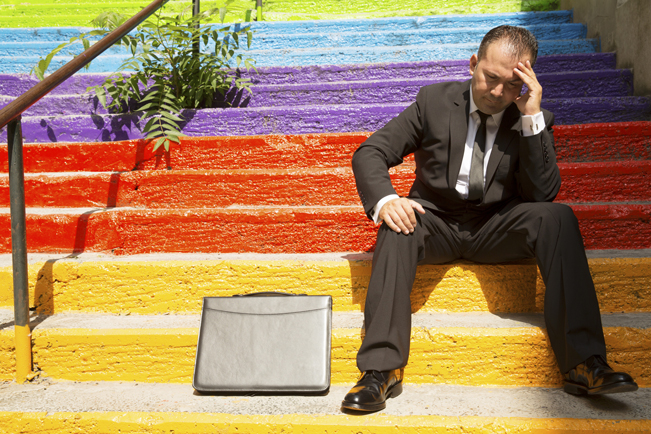 Dwelling on negative events can increase levels of inflammation in the body, a new Ohio University study finds.

Researchers discovered that when study participants were asked to ruminate on a stressful incident, their levels of C-reactive protein, a marker of tissue inflammation, rose. The study is the first time to directly measure this effect in the body. “Much of the past work has looked at this in non-experimental designs. Researchers have asked people to report their tendency to ruminate, and then looked to see if it connected to physiological issues. It’s been correlational for the most part,” said Peggy Zoccola,

an assistant professor of psychology at Ohio University.

Zoccola is lead author on the new study, which she will present Friday at the annual meeting of the American Psychosomatic Society in Miami, Fla.  The research team recruited 34 healthy young women to participate in the project. Each woman was asked to give a speech about her candidacy for a job to two interviewers in white laboratory coats, who listened with stone-faced expressions, Zoccola said.

Half of the group was asked to contemplate their performance in the public speaking task, while the other half was asked to think about neutral images and activities, such as sailing ships or grocery store trips.  The researchers drew blood samples that showed that the levels of C-reactive protein were significantly higher in the subjects who were asked to dwell on the speech, Zoccola reported. For these participants, the levels of the inflammatory marker continued to rise for at least one hour after the speech. During the same time period, the marker returned to starting levels in the subjects who had been asked to focus on other thoughts.

The C-reactive protein is primarily produced by the liver as part of the immune system’s initial inflammatory response. It rises in response to traumas, injuries or infections in the body, Zoccola explained. C-reative protein is widely used as a clinical marker to determine if a patient has an infection, but also if he or she may be at risk for disease later in life. “More and more, chronic inflammation is being associated with various disorders and conditions,” Zoccola said. “The immune system plays an important role in various cardiovascular disorders such as heart disease, as well as cancer, dementia and autoimmune diseases.” Zoccola is working with Fabian Benencia in Ohio University’s Heritage College of Osteopathic Medicine and Lauren Mente, a registered nurse and graduate student in the School of Nursing, to investigate the effect of rumination on additional inflammation markers. In addition, she hopes to study the issue in other populations, such as older adults, who might be vulnerable to rumination and health problems.

MENLA – Center for Health and Happiness

Surrounded by thousands of acres of Catskills forest preserve, Menla is nestled in a magical mountain valley. coque iphone 2019 pas cher Throughout...

By Glenn Harrold & Ali Calderwood Modern science is now beginning to recognize what the ancient mystics throughout time have been saying;...