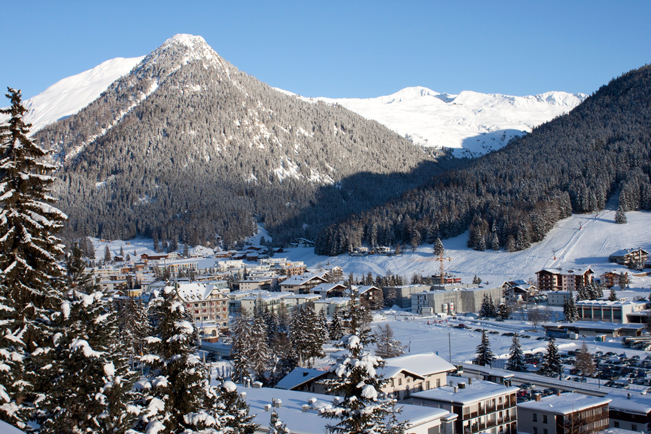 They lack neither influence, nor the ability to use it. But there is one asset that business leaders at the World Economic Forum this week could usefully exploit further: the power to advance the wider interests of people and planet. With UN climate change negotiations under way and as the UN designs its flagship Sustainable Development Goals in 2015, business needs to engage.

Indeed, broadening its agenda could help secure its status in the long term. Faced with the ever-widening gap between rich and poor, widespread degradation of the natural world and runaway climate change, business has played a dual role, as chief instigator and seemingly disinterested observer. But some businesses have already shown that, despite scepticism among some governments, they can be a driving force in development, helping to achieve social and environmental ends that governments and community groups are unable to deliver alone.

When the UN decided on its Millennium Development Goals, aiming to reduce poverty and improve quality of life in developing countries, businesses were not at the table. Today their contribution to some of the initiative’s successes is widely recognised.

As foreign direct investment in developing countries leapt from 25% to 60% of the global total, millions of new jobs were created, lifting many more out of poverty and helping finance new government programmes. With growing interests in these economies, some companies adopted policies specifically designed to support the UN goals and worked with governments and community organisations to deliver them, in particular in energy, healthcare, infrastructure and water.

Business not only offers its technical expertise, but capital and armies of skilled people to such initiatives, as well as capacity to scale through its global financial, logistical and communications networks. The expansion of mobile and internet networks into new territories, for example, could not have taken place so quickly without the private sector.

Today, there are nearly as many mobile phones as there are people, and 39% of the world’s population already uses the internet, dispersing knowledge and economic opportunity, driving collaboration and helping to respond to the needs of the 1.4 billion people still in extreme poverty.

Some of the results of the Millennium Development Goals have been dramatic. Clean drinking water is available to two billion more people than in 1990, for instance, and the mortality rate from tuberculosis and malaria has been substantially reduced. Today we are faced with a planetary emergency, and this means the successor initiative, the Sustainable Development Goals, must be more ambitious yet. Realising these will call into question the very purpose of business in the 21st century.

Traditional business practices have brought new services, jobs and wellbeing to many communities in recent decades, while sustainable business practices have often helped a company’s image and bottom line. But with increasing inequality, volatility and resource scarcity, there is a real chance the gains in prosperity of the past fifty years will be lost to future generations– with the greatest burden falling on the world’s poor, those least responsible for causing the problems. Business must go further, redefining its responsibilities and terms of success, embracing the need for equitable opportunities, fair returns to work and respect for the environment alongside profit and growth.

Our peers in Davos can start at home. A growing number of companies already pay a living wage, involve poor people as employees and are looking to serve low-income consumers. Others are delivering sustainable farming, aquaculture, forestry or ecotourism, and invest in new biochemical, low-carbon concrete and steel, and clean energy and transport technologies. Many have found new ways to work with governments and NGOs in pursuit of social and environmental ends, partnerships that can be boosted by new financial instruments, such as social impact bonds or investments in social businesses.

Both innovation and concerted action are needed to accelerate business practices that promote true transformation. Many managers may be unaware of the side effects of their decisions, or lack incentives to address them. Education in new management practices can help, as well as the measurement of environmental and social impacts, improved governance and increased transparency. Organizations such as the UN Global Compact and the World Business Council for Sustainable Development have also launched important initiatives that businesses can join and learn from.

Our hopes for a new era of peace, shared opportunity and ever-increasing interdependence may be at risk, but realizing them is not beyond human capability. The strengths of business – enterprise, innovation, and technological progress – could be instrumental.

This version of the future – not that of a blighted planet – is fundamentally in the interests of business. Executives must rise above narrow sectoral and short-term interests, and work with governments to create a new framework of incentives and sanctions, rewarding investment in people and planet. It is time that they take the initiative at their own companies, and together with politicians of courage and conviction, drive towards a global goal of sustainable, inclusive prosperity – at the UN general assembly, in Paris next year, and beyond.

Source: Back to Plan B