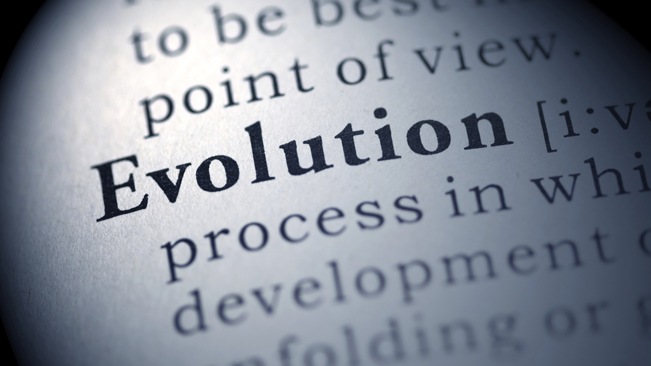 By Obadiah Harris, Ph.D. The theory of evolution, when properly interpreted, deepens man’s insight into the meaning of life and elevates his status as a participant in a vast and boundless unfoldment of creativity. The Bible says that God made man but little lower than the angels. Evolution, when rightly understood, does not relegate man to some inferior role, or demote him from some pinnacle of dominion on which he was previously stationed. It adds luster to his past achievements and hope for his future attainments. The right interpretation of this theory imparts to man “a cosmic perspective, a profound understanding of the principles of existence, and the significance of the world process.” It is only if evolution is narrowly interpreted that the error is made of falling into “materialism, skepticism, negativism, etc. which are interwoven into serious problems of contemporary civilization.” Thus, when understood in its deeper meaning, the principle of evolution can make “a positive contribution… to our understanding of life and its significance,” and to the solution of its problems. To find this deeper meaning it is necessary to contrast the theory of evolution with the ancient idea of creation in time. Perhaps some light can be thrown on the idea of creation in time by telling a fable about it which has a very telling point. Once three friends, a doctor, an architect and a politician, went for a walk. They got in to a discussion as to whose profession was the earliest. Said the doctor, “Surely the doctor’s profession is the earliest, because, as you know, God created Eve from a rib taken out of Adam, and to do that he had to make a surgical operation. coque iphone 6 So the medical art of surgery is certainly the earliest.” The architect then spoke up and said, “No, we must go beyond that. Don’t you know that God created the world out of chaos? It is the profession of the architect to create something orderly, something useful, out of the disorder and chaos and to impose form upon formlessness.” At this the politician hastened to remark: “Ah chaos!–and who made this chaos?” This story calls our attention to the problem of absolute beginning. What is the beginning? Can you imagine any beginning of time? Greek philosophy started with the idea of chaos, and with the idea of God conceived as the spirit of intelligence brooding over chaos, and fashioned out of that chaos the cosmos, the universe. coque iphone x But, as the politician says, “chaos has its beginning too.” That is, if there is chaos or disorder, it pre-supposes some kind of previous state of order that was broken up. coque iphone 7 To give a homely example, if a housewife says that her whole house is a mess, she means she has allowed it to fall in to disorder. coque iphone pas cher She does not mean that her house was never in order. coque iphone Perhaps she got too busy with something else. So we get to no absolute beginning of time by saying, as Greek philosophy did, that the universe came out of chaos. coque iphone 2019 Now let us turn to the theological doctrine of creation in time. We are all familiar with the account of creation in the Bible. The first words of the first chapter of Genesis says, “In the beginning God created the heaven and the earth, and the earth was without form and void.” That is how the Bible starts, with creation in time, the forming of the world out of void, nothingness. Theology begins with God and nothingness. In other words, theology believes that there was a time when there was nothing, the world did not exist. coque iphone soldes Nothing existed, and out of that all-pervasive nothingness God summoned into existence this world. But what is the nature of nothingness? Sages and philosophers have pondered this question through all history. Can you imagine how something can come out of nothing? … Obadiah Harris, P.h.D.

Hinduism & The Essence of Vedanta