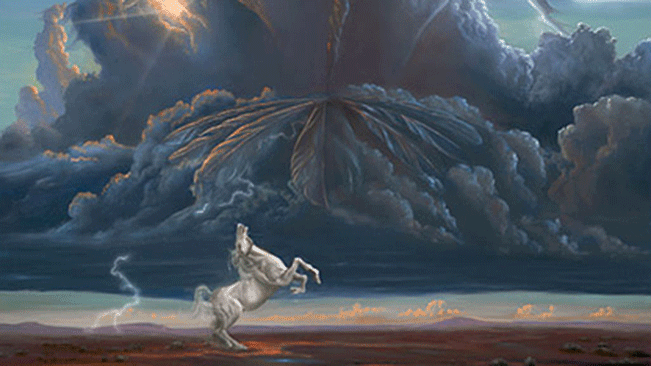 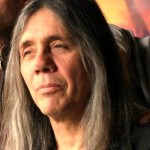 Bearcloud does not like to call himself a shaman, as this is not the way elders see themselves. In terms of how the white culture sees a medicine man however, Bearcloud is indeed a shaman, practicing the sacred pipe ceremony and the rituals of the sweat lodge. Bearcloud makes his sacred ceremonies available to all who come for the right reasons. As a shaman, he leads people through the healing cleanse of the sweat lodge and guides them with sacred songs and prayers. The ceremonial pipe is passed during the appropriate phase of the sweat lodge ritual, and each participant offers up prayers or intentions with the ritual pipe.

Bearcloud is a true medicine man of the ancient Native American traditions. He has been taught by elders since his youth and he follows, in a sacred manner, the teachings of the ancient ways.

As a shaman, Bearcloud is also a visionary. He is a Vision Keeper for the ways of a New Earth. The Chameleon Project is a product of seven years of visions Bearcloud has received. He has painted many of these visions on huge canvasses. Others he has rendered in computer graphics, showing in a shamanic manner, the sacred geometry of the symbols that guide us into awakening.

As a Vision Seeker and Vision Keeper, Bearcloud is a tribal elder in a new manner. Still in his late fifties, Bearcloud cannot really claim old age as his ticket to elderhood. Indeed, Bearcloud does not himself personally declare himself to be an elder, yet he functions as an elder for many people who are seeking to discover the ancient tribal ways. In his ways however, he has reached the numbers that declare him an elder. He walks his life and does his work in a sacred manner. Because he is deeply attuned to the Great Spirit and Mother Earth, Bearcloud is a native elder who can be trusted and listened to.

Invasive surgeries, pharmaceuticals and the like are the common ‘go to’ for most people when faced with illness and disease. coque iphone...