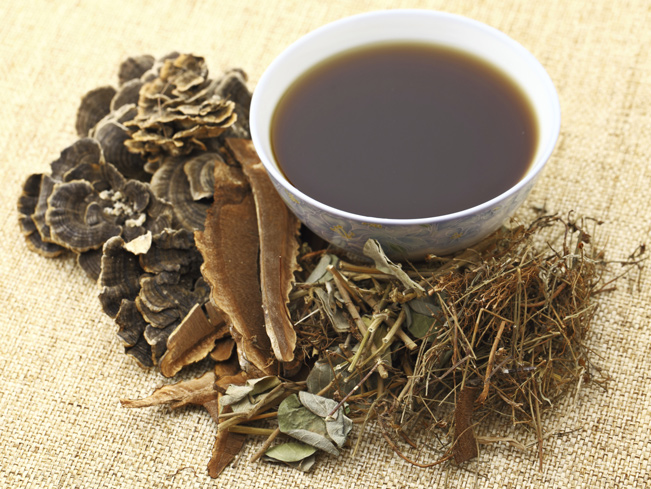 Ayahuasca is a plant medicine that has been used by the indigenous people of South America for millennia to heal physical ailments—and, they claim, to cleanse and purify the spirit. It was discovered

by the West in 1851 when the legendary British botanist Richard Spruce explored the Rio Negro Basin and was introduced to the vine by the Tokanoan Indians. Spruce gave the vine its scientific name, Banisteriopsis caapi; in different areas of South America it is also known as yagé or hoasca. For a while in the mid-twentieth-century chemists who isolated the active properties of the vine called their compound “telepathine.”

Research showed it contained various harmala alkaloids, which are boiled up in a brew (also called ayahuasca) with a multitude of other plants, one being the leafy Psychotria viridis, which contains the powerful hallucinogenic chemical Dimethyltryptamine, also known as DMT. On its own the vine is only orally active at very high doses, but it also contains potent MAO (mono-amine oxidase) inhibitors that overpower the body’s own enzymes and allow the DMT to potentiate.

Science has made cautious forays into the jungle to study the vine in its native setting or, as with the “Hoasca Project” in the 1990s, to study church members of groups like União doVegetal (UDV) who drink ayahuasca as part of their syncretic Christian-jungle religion. What they found was that regular ayahuasca use flushed the brain clean and improved receptor sites, suggesting the vine could be a medicinal goldmine.

But what science cannot explain is the psychic effect of this “mother of all plants,” the sense of the numinous and the spiritual world it reportedly opens up. Those who drink say that each ayahuasca journey is unique. They say that the spirit of the vine comes alive, it guides and teaches, and on the other side nothing is ever the same. Or so they say.

The native men and women who safeguard the knowledge of the vine and of the spirits it is said to reveal are the curanderos and curanderas—or, as the West would call them, shamans. Their role has been that of healer, priest, and traveler between worlds, acting as intermediaries between the spiritual dimension and this world on behalf of their patients.

Yet the demands of the work and the rise of Western materialism throughout South America have seen a fall in prestige—and customers— for the curanderos. The profession, usually hereditary, was in danger of extinction before an unprecedented wave of Western gringos started coming in search of ayahuasca and the healing it can provide.

Over the last twenty years or so a new gringo trail—this one a journey of the soul—has been blossoming in the jungles of South America. Seekers and thrillseekers alike have been coming from theWest for a reconnection to the deeper reality shamanism connects one to—and bringing back amazing stories of hallucinogenic trips, healing, and enlightenment.

Indigenous shamanism has quickly become the most profitable business in town and numerous jungle lodges and retreats have sprung up across South America to cater to the influx of rich tourists. This has spilled over onto the internet as hundreds of ayahuasca websites, chat rooms, and forums have emerged to crystallize a global subculture engaging with an indigenous spiritual practice and seeding it back into theWestern world.

As well as being used by hundreds of thousands, perhaps millions of indigenous peoples throughout South America, ayahuasca has also become one of the world’s fastest growing religions, with branches of Brazilian churches like Santo Daime and União doVegetal springing up in Europe, Britain, Australasia, America, Japan, and elsewhere. In January 2006, the U.S. Supreme Court ruled in favor of a New Mexico branch of the UDV, saying they had a constitutional right to be allowed to legally practice their ayahuasca ceremonies under the freedom of religion law. The U.S. government immediately appealed, but the genie was out of the bottle.

The mystery of ayahuasca had left the jungle and entered the cities, via religion, media, and the web. And what did it say about the growing Western need for an authentic reconnection to the planet?